'He Works for a Living!' And Other Ways to Clap Back at a Seven-Figure Entrepreneur

Some entrepreneurs are the black sheep of their family. Even the successful ones face the dreaded question at the Thanksgiving dinner table—“So when are you going to get a real job?” 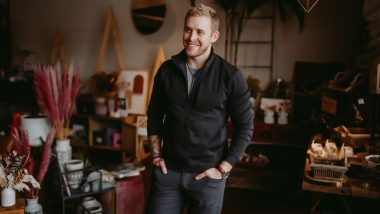 Some entrepreneurs are the black sheep of their family. Even the successful ones face the dreaded question at the Thanksgiving dinner table—“So when are you going to get a real job?”

You would think it would be different for Dylan Ogline, founder of boutique digital marketing agency Ogline Digital and entrepreneur-training mastermind Agency 2.0.

But they still ask him when he’s going to get “real work.”

Dylan recalls a conversation between himself, his brother, and a peer who owned a pool-cleaning business.

“We were discussing vacation destinations or something,” Dylan recalled, “and I had a lot of input about where to go and what to do. But it seemed like every suggestion I made, they dismissed. It’s like my opinion didn’t matter.”

Dylan called his brother out on it, and his elder brother had a curt answer as to why he valued his pool-cleaning entrepreneur friend more—“He works for a living.”

Ogline Digital was on the way to a seven-figure year when Dylan’s brother made that dismissive comment. Rather than argue the point, he let it slide. He understood his brother’s logic, even if he didn’t agree with it.

What Dylan does for a living doesn’t look like work, in the traditional sense. It looks like jetsetting to exotic locations, Instagram posts in front of waterfalls, chilling on a tropical balcony typing on a laptop—you know, the device most people spend time playing games on.

How could he be working? He doesn’t look nearly miserable enough.

Dylan and his brother are technically the same, but they are worlds apart. By birth year alone, Dylan is a Millennial, while his brother is Gen X and much more of a piece with his father.

To them, building a business is a titanic effort, and rightly so. If you don’t have to crawl through tar and broken glass (metaphorically speaking) to “make it,” you’re not trying hard enough. Nor do you ever make it. Not at six figures, not at seven figures, not at eight. You can always work

harder and build bigger. And if you get comfortable, you’re doing it wrong and don’t belong at the Big Boy’s table. Keep slogging away until you drop.

Dylan is afraid that drop is exactly what they will do. Both his father and brother are in poor health—overweight, cancer, Type II diabetes. Smokers and drinkers to cope with the grinding path they have set for themselves.

Meditative and aggressively health-conscious, Dylan takes an entirely different approach. When Ogline Digital hit seven figures, he slowed down considerably. He realized he had the “money thing” handled. If his business never grew again, could meet every financial goal he had for the foreseeable future. It was time to stop living his life for “bigger” and “more.”

Time to enjoy the fruits of his labor after his own twelve-year slog, spinning his wheels on failed business ventures until Ogline Digital finally clicked.

Time to give back and help others do the same by coaching aspiring entrepreneurs through Agency 2.0.

Time to travel, to enjoy quality time with loved ones, to work to live rather than living to work.

Thanksgiving dinner is just one night a year, after all. Maybe one day he’ll decide to “work for a living” … but he’s too busy making money and living life to make time for that right now.