Breast Cancer Awareness Month 2018: Can Men Get Breast Cancer? Risks, Symptoms and Treatment -What Every Man Should Know 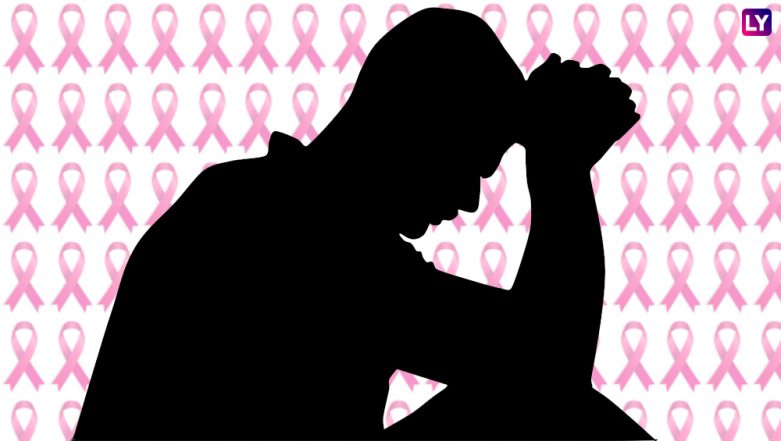 Breast cancer is thought to be a disease that only affects women. While there’s no denying that it is one of the biggest killers of females, it’s a fallacy to think that it is a woman’s disease. It is rare, but breast cancer also affects men. According to Cancer Statistics 2002, it accounts for less than one percent of all the cancers in men and of all the diagnosed breast cancers. It may be a minuscule number, but the challenges of diagnosing and treating the disease are anything but. On Breast Cancer Awareness Month, let’s understand all the facets of male breast cancer, including the risks, symptoms, causes and treatment.

How Can Men Get Breast Cancer?

Breast cancer is not associated with men because men don’t have breasts. But men do have breast tissues, albeit in a small amount, due to which, men can get breast cancer. Causes of male breast cancer are poorly understood, and all the studies we have so far are insignificant. Men also don’t acknowledge their cancer symptoms and are often diagnosed late due to the misconceptions they have about the disease. Are You More Prone to Breast Cancer?

Who is At Risk of Male Breast Cancer?

Breast cancer in men may be rare, but certain environmental, lifestyle and genetic factors can predispose a person to it. Here are some of the risk factors:

Cases of breast cancer in younger men are unlikely. Older men between the ages of 60 and 70 are more at risk. The peak age of onset for breast cancer is 71.

Hormonal imbalances can cause some men to develop prominent breasts like women. Excessive oestrogen in the body is the culprit, which causes men’s breast tissues to grow, predisposing them to breast cancer.

Obesity is one of the biggest causes of cancer today. Apart from obesity being a risk factor for male breast cancer, it has currently become one of the contributing factors to the increased incidence of the disease in men.

Occupational factors can sometimes contribute to breast cancer. Men who commonly work in hot environments such as blast furnaces and factories producing soap, perfume, petrol, etc. are shown to have an increased risk of male breast cancer.

The breast tissues are sensitive to radiation, especially if they are exposed to it at a young age. Exposure to radiation through radiographs or radiotherapy can increase breast cancer risks in both men and women.

What Are The Symptoms of Male Breast Cancer?

Symptoms of breast cancer in men are not very different from those in women. Any change in the breast area should be a cause for concern and warrants a visit to the doctor. How To Check Your Breasts For Lumps.

What is The Treatment for Male Breast Cancer?

The mainstay of male breast cancer treatment is surgery. Mastectomy is commonly prescribed as a treatment method for men.

Since most breast cancers in men are oestrogen receptor positive, endocrine therapy is commonly provided as a treatment method. Tamoxifen and aromatase inhibitors have had good results in treating the disease.

A few studies have proved radiotherapy to be useful in the local control of the cancerous tissues but lack in other parameters. Therefore, radiotherapy is prescribed as a deterrent for men who have already undergone surgery for breast cancer.

Chemo is used to treat patients of male breast cancer before and after their surgeries. It is also used as the main form of treatment for men whose cancer has spread.

What Are The Challenges of Treating Male Breast Cancer?

On Breast Cancer Awareness Month 2018, it is important to focus attention on both female and male breast cancer. Awareness about the condition can help in early diagnosis and treatment, decreasing the mortality rate currently associated with the disease.