Jake Hoffman | The Toronto Stock Exchange traded company (TSXV:BABY.V) is considered to be the ‘Oatley’ of baby-food formula and now becomes a potential key acquisition target for the industry dinosaurs. 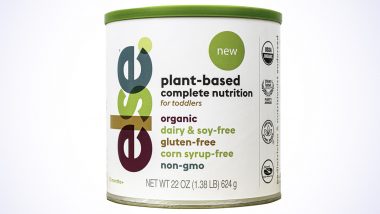 Jake Hoffman | The Toronto Stock Exchange traded company (TSXV:BABY.V) is considered to be the ‘Oatley’ of baby-food formula and now becomes a potential key acquisition target for the industry dinosaurs.

ELSE has jumped to parental and pediatricians’ awareness over the past two years by daring to stand up to the Similac’s of the world as a true alternative to cow-milk baby food. Oatly’s $10 billion IPO (NASDAQ:OTLY) was a landmark indicating an end to a cow-milk era of dominion. Wellness and sustainability have taken their rightful place in the hearts and minds of millennials and generation Y against the controversial discord of the benefits and perils of lactose.

There is no question today that alternative protein is the next big thing in humanity’s nutritional agenda. Beyond Meat (NASDAQ:BYND) and other players were welcomed by consumers and investors alike who applauded their adaptation to a modern world with a tidal wave of ‘like’ ratings and og-term cash investments.

ELSE (TSXV:BABY.V) went after the most sensitive markets of them all. A group of founders united by the vision of providing the gold standard of breast milk using nothing but plant protein. ELSE has rapidly become the ‘Oatly’ of baby-food, reaching #1 best-selling product in the Amazon category and having all top-tier North American retailers literally begging ELSE for shelf presence. With parents and pediatricians attesting to a nearly miraculous impact on their babies after switching to ELSE formula, the products are listed in hundreds of retailers and about to flood tens of thousands points of sale in North Americas and 180 other countries worldwide.

With this unparalleled springboard already in place, ELSE is expected to experience massive growth and global penetration over the next five years with revenues reaching billions of US dollars across the globe. They do not position themselves as a replacement to cow-milk but rather as an alternative. No negative-sale promotion has ever been witnessed from the company against the Abbotts of the world. Instead, they claim for the right of choice, the right of having an alternative source of protein for parents who watch their babies grow and sometimes struggle with digestive adaptation.

Led by the charismatic Hamutal Itzhak as their CEO, market analysts do not rule out potential multi-billion-dollar consolidation play bringing the dinosaur industry players closer to realization that they are the “Blockbusters” of the world and potentially about to be overtaken by the “Netflixs” represented by the innovative ELSE and Oatly.

ELSE has registered over an 860% increase in its value in the past two years with both retail and institutional investors voting favorably for their potential. As the alternative protein story unfolds, Oatly, ELSE, and the other brave players are the companies to watch and witness their influence over the way we nourish our babies and ourselves.