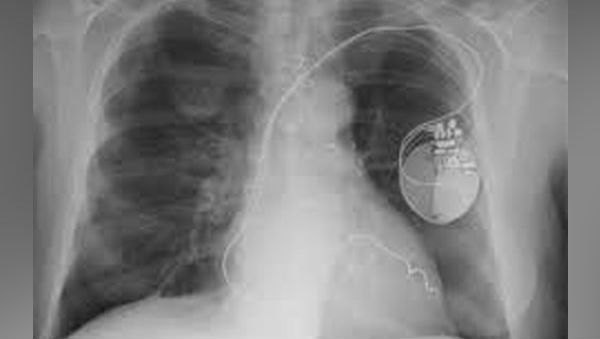 Washington DC, April 29: Researchers have claimed that mesothelioma patients are twice as likely to survive for two years when they are given a high dose of radiation to the affected side of the trunk. The study presented at the Estro 38 meeting looked at patients whose cancers could not be completely removed with surgery and the researchers say their findings have the potential to change treatment and outcomes for this group of patients. Prostate Cancer Could Be Treated with Single Dose of Targeted Radiotherapy.

Mesothelioma is a rare but aggressive form of cancer that grows in the layers of tissues surrounding the lungs. It is usually caused by exposure to asbestos. Patients typically only live for a year or two following diagnosis since treatment options are very limited."There is an urgent need for more effective treatments for mesothelioma. Surgery can be given to these patients, but it is often impossible to remove the entire tumour," said Dr Marco Trovo, lead author of the study."

Patients with mesothelioma are sometimes given radiotherapy to help control their symptoms. However, radiotherapy has evolved dramatically in the last few years so we wanted to see if it could now be used to prevent cancer from spreading to nearby tissue, hopefully bringing improvements in survival," added Dr Trovo.

The study involved 108 patients with malignant pleural mesothelioma who were treated at the National Cancer Institute of Aviano, Italy, between 2014 and 2018. All underwent surgery to remove some tumour tissue, followed by chemotherapy. Half were randomly assigned to receive radical hemi-thoracic radiotherapy, meaning the radiation was delivered to either the left or right side of their trunk, depending on where the tumour was located. This involved 25 treatments delivering a total dose of 50 Gy to the left or right side of the trunk, as well as an extra 60 Gy dose to the precise location of the tumour.

Around 20 per cent of patients receiving radical hemi-thoracic radiotherapy suffered radiation pneumonitis (inflammation of the lung). Other side effects included weakness, nausea and mild inflammation of the oesophagus. World Cancer Day 2019: What Causes Cancer? Here Are The Top Factors According To Science.

Dr Trovo said, "This research shows a clear survival benefit in using this type of radiotherapy for mesothelioma patients whose tumours can only partially be removed by surgery. We believe that this should be considered the new standard of care for these patients."He hopes that even greater gains in survival could be made by treating patients with radiotherapy followed by targeted immunotherapy (where the body's own immune system is encouraged to fight cancer cells).