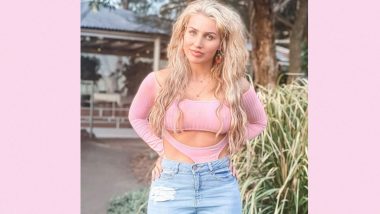 Speaking of which, we would like to introduce a popular upcoming Australian fashion model, social media influencer, and entrepreneur, who is ruling the social media platforms and fashion world. Her name is Megan Skye, an Instagram star with several thousands of followers, a founder of “Bloominflora”, a rare online plant nursery and writer of a famous book called  “Shadows in the wall”.

Megan grew up in Adelaide, Australia along with her family and relatives. She attended a prestigious university in Australia and completed a bachelor’s degree in advertising marketing and graphic design. She began her initial career as a graphic designer, but soon moved on to acting and modeling. After completing an advanced course in acting she participated in a competition called "Who wants to be a supermodel" She gained popularity as a former model competition contestant, various modeling agencies, makeup, apparel, and commercial brands including Clean Tea, Lama Dreads, Keoana Bikini, House of Vimm, Ace of Something, Mitsubishi, Fanta, Toyota, and more signed Megan as their product promoter.

With rising fame as a model, Megan made her acting debut in 2008 with a famous Australian movie titled “Hey Hey It's Esther BlueBurger”. Subsequently, she appeared in a few more popular movies such as Wolf Creek, Look Both Ways, and The Boys are Back as a body double.

Presently, Megan has gained thousands of followers on Instagram and other social media platforms by sharing her gorgeous, lifestyle, modeling photos, and videos. On Instagram, she has been a social media promoter of different fashion and apparel brands including Lounge Underwear, BooHoo, Pretty Little Thing, and many others.