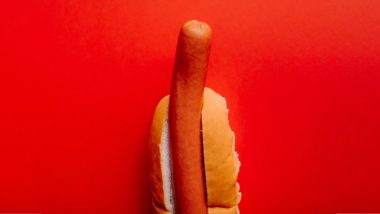 Before deep throating, your man, practice it on a banana and some cherries. If you are already familiar with deep throat, do ensure that you also lick his balls in the process. Another powerful technique to try would be to not thrust his penis in and out but rather keep it inside for a few seconds. This will surely make him beg for more! How to Find and Stimulate This Hidden Erogenous Zone in Men and Women.

The gag reflex is the enemy in most cases. Gag reflex, also known as pharyngeal reflex can be brought under control in several ways. Once done, deep throat is going to be like a piece of cake for you. One of the most common and recommended ways of the control gag reflex is by desensitising it. By desensitising, you will be training your tonsils to not let you gag every time his penis goes down your throat.

Men take forever to finish! So make sure that you establish a rhythm and maintain consistency with what you’re doing down there. It’s going to take a while so might as well be prepared for it! Try licking, then sucking and then explore another territory down there to keep yourself and him occupied.

(The above story first appeared on LatestLY on May 19, 2020 09:04 PM IST. For more news and updates on politics, world, sports, entertainment and lifestyle, log on to our website latestly.com).