Trans-Tasman Travel Bubble Between Australia and New Zealand May Open by December With Strict Protocols; Know All About the Travel Bubble

A trans-Tasman bubble letting travel between Australia and New Zealand may open in December. Both the territories will have to follow set rules to ensure the travel plan works out smoothly. Tourism Minister Simon Birmingham said the plan to re-open travel was possible only when strict strict protocols are applied on arrivals from New Zealand. 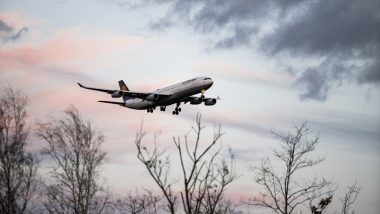 A trans-Tasman bubble letting travel between Australia and New Zealand may open in December. Both the territories will have to follow set rules to ensure the travel plan works out smoothly. This comes amidst Victoria, an Australian state recorded 16 new coronavirus cases on Sunday. Tourism Minister Simon Birmingham said the plan to re-open travel was possible only when strict protocols are applied on arrivals from New Zealand. New Zealand Prime Minister Jacinda Ardern had previously said she would not consider a bubble unless entire Australia goes 28 days without community transmission. Earlier today, Prime Minister Jacinda Ardern told TVNZ1's Breakfast that a state-by-state trans-Tasman bubble was "possible" before Christmas. World Tourism Day 2020 Special: From Virtual Tours to Flights to Nowhere, How The Idea of Traveling is Changing Amid The Pandemic.

Birmingham was quoted as saying, "That would just be a great step and it would prove the work that is being done to make sure this can be done, again, in a safe way. We're making sure we have all the work done - all the preparations there - so we can safely achieve that bubble with New Zealand. It's up to them as to whether they choose to open up to Australia, but we're certainly making sure that we're prepared and I'm hopeful that could be this year." Qantas Airlines' 7-Hour 'Flight to Nowhere' Sells Out in 10 Minutes! Know About This Emerging Travel Trend Becoming Popular Amid The Pandemic.

The tourism minister also added that 'corridors' and 'clearances' in airports in Australia and New Zealand would help separate travellers between the two countries. And those from other parts of the world who would need to quarantine. Meanwhile, the coalition government announced that it was providing $250 million to boost tourism and infrastructure in Australia's regions. In a budget that will be present on October 6, the budget will set aside $50 million for a regional tourism recovery initiative. It will assist businesses in regions that are reliant on international tourism.

Reportedly, travellers could fly from New Zealand into New South Wales without wanting to quarantine from November. The federal government will only allow New Zealand residents to fly in. NSW residents will then be allowed to travel across the Tasman by Christmas. NSW is now allowed to take more 500 returned travellers a week on Sunday as the state recorded zero new coronavirus cases for the first time in four months.

(The above story first appeared on LatestLY on Sep 28, 2020 12:54 PM IST. For more news and updates on politics, world, sports, entertainment and lifestyle, log on to our website latestly.com).