After Elon Musk made a tweet about cryptocurrency on Wednesday, Bitcoin fell to around $40,000. Now, Twitteratis have flooded the micro-blogging site with several memes and jokes. Take a look. 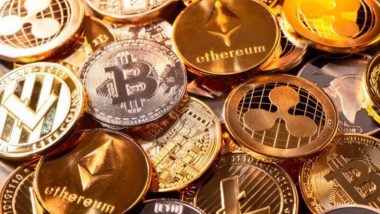 On Wednesday, Bitcoin plunges to around $40,000 after Tesla CEO Elon Musk tweeted about the world's largest digital currency. Over the past week, he has tweeted about the same several times. Firstly, he raised his concerns about the overuse of fossil fuels for transactions and the mining of Bitcoin. Later, Musk has also said that his electric vehicle-making firm will no more accept payments via digital currency.

However, Elon’s tweet caused a lot of confusion among people. Especially, after his tweet when a user wrote on Twitter, "Bitcoiners are going to slap themselves next quarter when they find out Tesla dumped the rest of their #Bitcoin holdings". And without defending himself, Musk politely replied to the user tweet; he wrote, “Indeed.”

Now, as the Bitcoin dips further, Twitteratis are having a gala time, they are sharing memes about the cryptocurrency. They are targeting Musk for single-handedly triggering the massive crash. Let’s take a look at some funny Bitcoin Crash memes:

*Me waking up this morning and viewing my portfolio* pic.twitter.com/epKeLsZGfC

Well we are always late to the party! Too late 🥺

Well it seems like this scene was filmed for this moment 😹 so relatable #ElonMusk #BitcoinCrash#BTC pic.twitter.com/DVGd0iymz0

After Tesla embraced the cryptocurrency in February, Bitcoin was trading at an all-time high of $65,000.

(The above story first appeared on LatestLY on May 20, 2021 10:30 AM IST. For more news and updates on politics, world, sports, entertainment and lifestyle, log on to our website latestly.com).