Child Dies After Being Breastfed by Mother Who was Bitten by Snake in Muzaffarnagar, Uttar Pradesh

On Thursday, the mother and daughter fell ill and died even before they could reach the hospital. 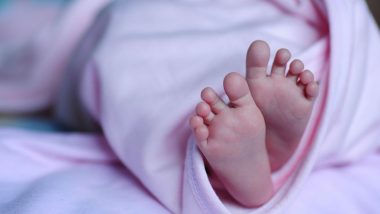 The parents of the child have been and arrested and charged under IPC Section 317 (abandonment of child under 12 years) and Juvenile Justice Act, Section 75 (punishment for cruelty to child) | Representational Image | (Photo Credits: Pixabay)

A three-year-old child died after being breastfed by her mother in Uttar Pradesh. The woman was bitten by a snake during her sleep and unknowingly she woke up and fed her daughter. The 35-year-old mother also passed away after some time. On Thursday, the mother and daughter fell ill and died even before they could reach the hospital.

Police said the incident happened in Mandla village of Muzaffarnagar on Thursday evening. The baby died at the hospital after which the mother was also declared dead. The family later spotted the snake in another room, but the reptile escaped. Police inspector Vijay Singh said that post-mortem will be conducted. However, police have registered a case of accidental death.

There are around 300 snakes species in India with 60 of them being highly venomous. Some of the most poisonous include cobra, Russell's viper and saw-scaled viper. According to a 2011 study by the American Society of Tropical Medicine and Hygiene, out of the one lakh snakebite deaths around the world each year, India accounts for 46,000.

Snake bites have left people permanently disabled in the country in the past. The WHO describes such cases as among the most neglected tropical diseases. According to the new resolution by World Health Assembly, it will ensure that countries will have a common approach in case of a snake attack. Prevention of snake bites, its treatment and management will be a part of it. Most countries do not have their own facilities for producing antivenoms which have to be quickly administered in case of a snake bite.

(The above story first appeared on LatestLY on May 25, 2018 11:41 PM IST. For more news and updates on politics, world, sports, entertainment and lifestyle, log on to our website latestly.com).