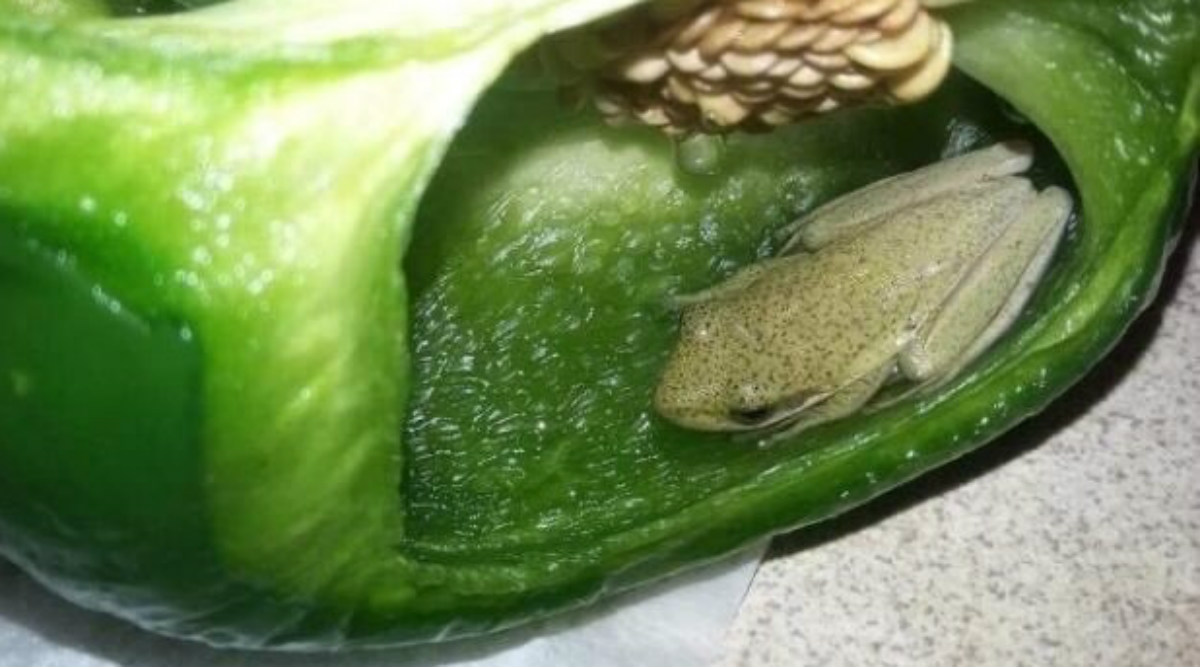 New Delhi, February 18: A Canadian couple were left dumbfounded while making their dinner last week when they found a live frog inside a bell pepper. Nicole Gagnon and Gerard Blackburn from Saguenay, Quebec, were making dinner on February 9 when Gagnon chopped the vegetable and made the discovery, a media report said.

The couple reported the green tree frog which they found mysteriously in the pepper, to the Quebec Ministry of Agriculture, Fisheries and Food (MAPAQ). As the post went viral, social media has been abuzz with reactions.

A user wrote, "I found a giant grub inside a solid pepper once. It was the most immaculate pepper too. Every time I cut one open now I brace for a surprise."

"This frog is basically living Plato's allegory of the cave" read one post.

A user remarked, "I had a centipede crawl out of a banana when I peeled it once. Didn't eat one for a couple years after that."