Viral Video of Woman Twerking on Telephone Pole in Iran to Celebrate Death of General Qassem Soleimani is Fake, Here's The Truth 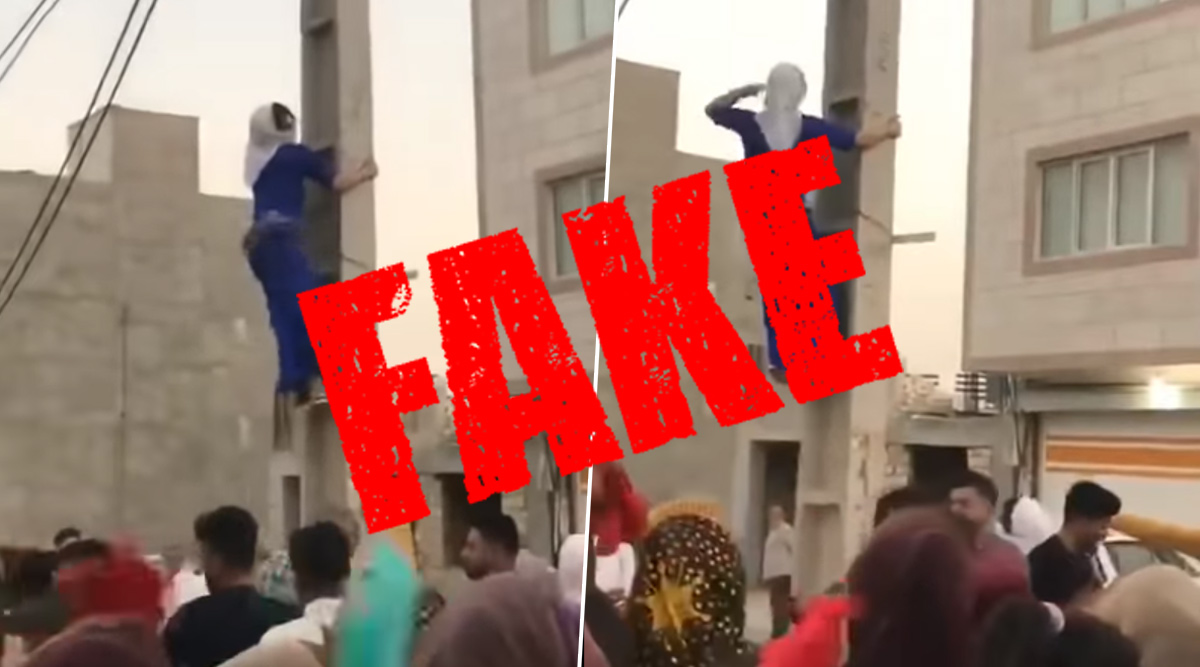 Top Iranian commander Qassem Soleimani was killed in a US strike ordered by Donald Trump. The fallout of this strike has resulted in rising tensions as Iran vowed to take a "vigorous revenge" over the killing. The possibilities of Third World War also started surfacing online. Among all these, a video of a woman belly dancing and twerking on a telephone pole in Iran has been shared on social media. The video shows, a woman clad in the belly dancing attire climbing atop a telephone lines pole and doing some twerking moves. The video has been shared on Twitter with misleading captions like Iranians celebrating the death of their general. However, it is fake news. The video is originally from March 2019, where women were protesting against some dance ban issued in the country. Qassem Soleimani Killing Fallout: US Embassy Warns Americans in Pakistan of Pro-Iran Demonstrations, Issues Advisory.

General Soleimani was the head of Iran's elite al-Quds force and architect of its regional security apparatus. He was accused by the US of carrying out attacks in vital military installations in Iraq and killing several innocent people, plotting terrorist attacks in London as well as New Delhi. This assassination sparked off protests across Iran, with thousands marching on the streets raising "Death to America" slogans. Among this, a video of a dancing woman has been shared on social media platforms to coerce that people are celebrating the death of their general. The video is now going viral. However, it is an old video from last year which is being reshared with different captions to spread fake news.

Here Are The Tweets:

The #IranWar is Bound to happen, as the people of #Iran foment a war like posture, and protest in outrage !!! #QAnon #Restart !!! pic.twitter.com/5WA4IS6WnC

Dems mourn the death of that terrorist while the people of Iran celebrate. Pretty confusing. pic.twitter.com/iflpT0c4TK

Watch the Original Video Below:

The above video is said to be from a protest against the strict ban imposed on dancing. We urge you to not believe in any such fake news and messages that are being spread online. These kinds of fake news only add much confusion to the existing tensions among the people.

Woman dancing and celebrating the killing of Iran general Qassem Soleimani by US forces.

The video is old and it is a piece of fake news.