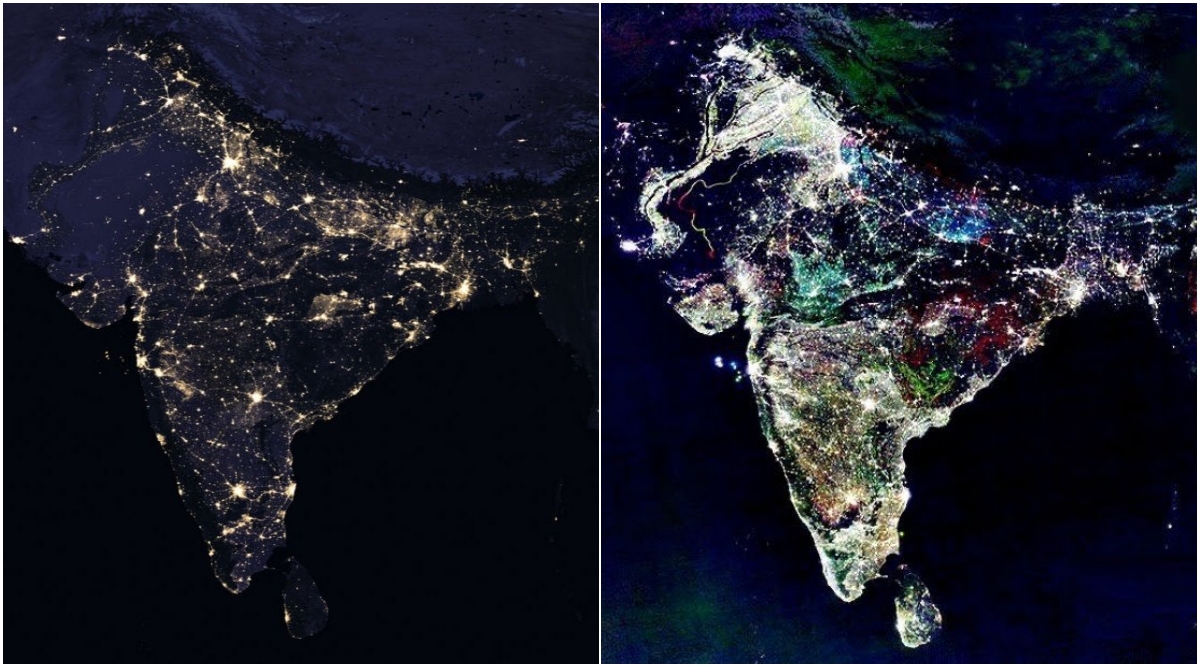 Prime Minister Narendra Modi made a video appeal on April 3, 2020 addressing to the citizens of India, a first one after the 21-day lockdown announcement. In the video message, he requested the citizens to switch off the lights at home and light diyas, candles, flash or torch at 9 PM on April 5 as a way to beat the darkness created by the current situation of Coronavirus pandemic. After his address, netizens were quick to respond in excitement to be a part of this campaign. Everyone participated in #9PM9Minutes initiative to show their solidarity with cheer. Some even responded with funny reactions while being part of it on late Sunday evening. But the over-excitement was also seen when people began sharing pics of India taken from space and calling it how India would look on April 5 at 9 PM. Fact Check: Viral Social Media Posts Claiming NASA SD13 Satellite Detected Coronavirus Strain Diminishing and Weakening Due to 5 PM Clapping Exercise on Janata Curfew Day Are FAKE, Details Here.

NASA's picture of India taken during Diwali is an iconic photo that comes up on social media timelines every year during the festival. After PM Modi's address to the nation, Diwali was also among the Twitter trends with people saying the action of solidarity on April 5 will be like the festival of lights. In fact, people went ahead and shared fake satellite images of India crediting it to NASA. People started tweeting how India look like from space on this Sunday, so much so, that even NASA is among the trending topics.

Here's How India Will Look (They Predicted it)

NASA has released a photo taken from space in advance as to how will India look on 5th Apr. at 9pm. Feeling proud.#ModiVideoMessage #candles #9pm pic.twitter.com/g4Dz90kL10

WhatsApp Forwards Game Begins (Even before the event)

April 5 we will light torches, lamps, candles, mobile torch in our balcony & terrace at 9PM for 9 minutes. An hour later whatsapp messages will be circulated telling that the below is the picture of india taken by NASA or ISRO satellite.

India on This Sunday (True Prediction?)

This is how india looks on sunday at 9pm..because everybody is holding a candle in their window.

Picture brought to you by nasa satellite from future. #waitingforwhatsapp pic.twitter.com/67dFZf80RZ

Oh! and this time there is a new pic from NASA -

Instant and ready made to deliver -

So people have already started sharing these fake images as NASA's as soon as clocks turned 9pm on 5th April. Looks like, people are getting too creative. Because even during the Janata Curfew, after the Taali and Thali Bajao campaign, there were tweets by netizens to NASA and ISRO asking people to analyse the sounds from Earth. There were many fake messages too that NASA SD13 detected soundwaves created by clapping and cringing utensils and recorded virus diminishing and weakening.

With the above tweets, we would like to bring to your notice well in advance that you may get such images of India taken from space very soon but do not believe in them. These are obviously edited pictures.