Florida: Foster Mother Has Sex With 17-Year-Old Adopted Son, He Says Nothing Wrong Between Them As it Wasn't Rape! 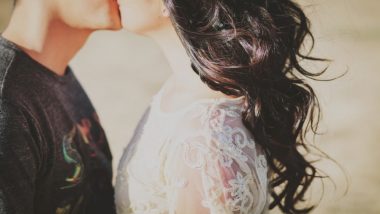 Incest has been considered a heinous crime and even thinking of sexual relations between related family members is so inappropriate. But in this case of foster relations in Florida, a 17-year-old boy has no problem having sex with his mom. As a 26-year-old Lauren Myres was charged by the police for keeping sexual relations with a 17-year-old boy, who she had adopted, the son had no problems! The police had received a tip about the sexual relations between the mother and son. Myres was found guilty and given a jail term of 6 years. But the son said to the police, they weren't doing anything wrong! Incest Rape Case Shocks India! Porn Addict Son Rapes Mother in Patan, Arrested By Gujarat Police.

According to the teenager, there was nothing wrong between the two because "he was not being raped and was about to be 18".  The mother was working in foster care services for children when she was assigned to look after the teenager. She eventually decided to adopt him and soon after the adoption formalities were completed, she began to have sex with him. All this while, she was still not divorced from her husband.

In the month of May, the police got some information about the relationship between the supposed mother and son. The 17-year-old was supposed to be a victim but he clearly does not think anything wrong with it. Both accepted to the court that they had sex not once but multiple times within the two-month period since they were together as a family. Myres also admitted to having sex with him "seven to eight times" at her home. Reunion with Birth Parents Led to Incest, Murder & Suicide, Three Adults and One Baby Dead in the Real Life Drama.

This is one of a kind case presented between foster parent and child. Florida State Attorney Bill Bishop said, "I can’t say I’ve ever seen a case like this where an adoption occurred and sex occurred shortly thereafter. There have been cases of older women having sex with young boys across the country, but this is the first I’ve ever seen." Myers is given a jail term of 6 years for having an unlawful sexual relationship with a minor. The court has also ordered her to complete sex offender counselling and she will not be able to have any contact with the minor 'son.'

(The above story first appeared on LatestLY on Dec 22, 2018 08:37 PM IST. For more news and updates on politics, world, sports, entertainment and lifestyle, log on to our website latestly.com).