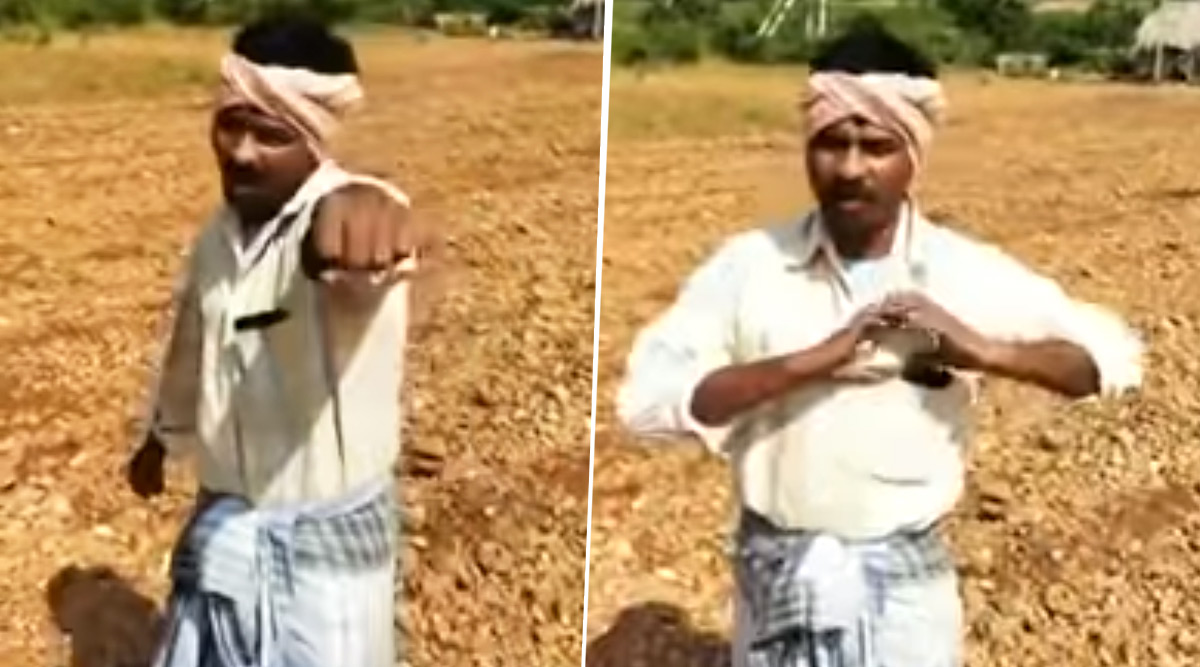 Bengaluru, December 21: Grooving to the songs of Michael Jackson and singing the peppy numbers of Justin Bieber, a farmer in Hindasagatti village, Hiriyur Taluq of Chitradurga district cannot contain his fondness for western music. Spade in his hand, wearing a lungi and a shirt, Pradeep got all the iconic MJ moves right and all the Justin Bieber lyrics are etched in his memory.

His exceptional singing and dancing are not the only eye-catchers here, it is the fact that the young man, despite having little knowledge of English and failing in the subject in school, could sing English songs. Easily singing pop songs and getting the accent clear, Pradeep was always very fond of English songs from these icons. "I had developed a great fondness for western music and English language..because of which I started listening to more and more," Pradeep told ANI. Karnataka Farmer Singing and Dancing to Justin Beiber's Baby Will Drive Away Your Monday Blues.

During his student days, Pradeep would do the cricket commentary which came in handy his singing as it helped him change his tone and pitch accordingly. Pradeep added, "By God's grace, I can change my tone and pitch to suit the track and the singer." The young man's talent has earned him immense social media and the moniker of Pradeep Jackie among his people.