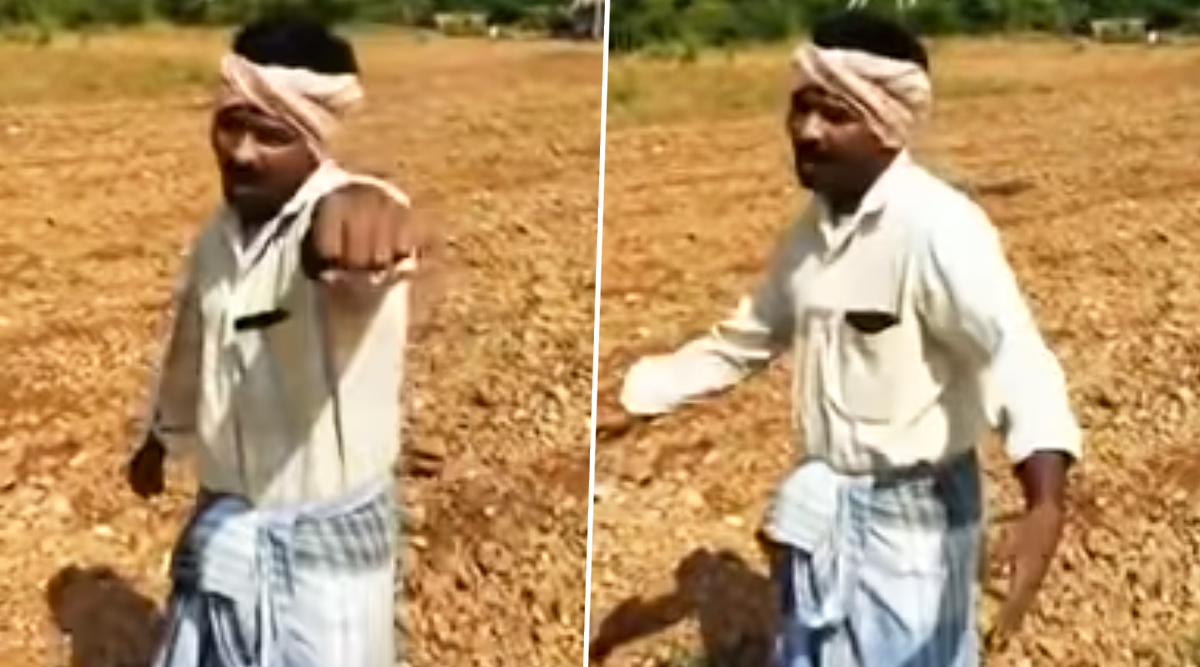 Remember Justin Beiber's debut song Baby? Is the mention also buzzing a tune in your head? The song which released 10 years ago is still fresh in people's memories and there is a video going viral which will refresh it again for you. A farmer from Karnataka named Pradeep HR has sung Beiber's song and even matched his steps with it. The way he imitates the accent and performs in the field is amazing. People are loving it and the video is now going viral on social media. Exclusive! Viral Singing-Uber Driver Vinod Sharma from Lucknow Is Saving Money for a Self-Financed Music Album, Wants Kumar Sanu to Sing His Original Composition.

The video is taken from a Hiriyur in Chitradurga district in Karnataka. Pradeep's singing talent has become quite a source of entertainment for people in the village. As per the report in The New Indian Express, Pradeep could not complete his graduation because he failed in the English language. He then decided to learn the language and is thus able to grasp the English and western songs. "I don’t know either Chinese or Japanese languages. But I listen to the songs in those languages repeatedly and follow the accent and tune. I always plug in earphones and constantly listen to songs whatever I am doing," he was quoted in the report. Tripura Father-Daughter Duo Singing ‘The Lion Sleeps Tonight’ Is Perfect to Begin Your Weekend, Viral Video Delights the Internet.

While singing is just one of his hobbies, Pradeep would also do cricket commentary in his college days. He also has a talent of mimicking which he applies while he sings on the field. He became a farmer because it was his father's wish and that's where their daily income comes from. Other than Beiber, he even loves singing songs of Michael Jackson, Nick Jonas and many others. And although the villagers do not understand the lyrics, they enjoy his singing. It is nice how he sings, dances, ploughs along and keeps both his family and locals entertained.