A gay couple were targeted with hateful language by a KFC employee. The clip uploaded on Reddit, captures the heated arguments between both parties before the queer-bashing KFC employee started a homophobic rant. 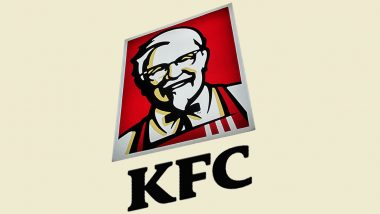 Homophobic and transphobic terms are often thrown around loosely, at times under the guise of ‘humour,’ or ‘friendly bullying,’ and even in heated arguments. A similar horrific instance was captured on camera. A gay couple were targeted with hateful language by a KFC employee. He called customers homophobic slurs in the drive-thru. The incident happened in Springfield, Illinois, US, and the clip begins when the altercation has already started, and both parties are agitated. After the video went viral on social media, the KFC employee was fired. Kwality Wall's Accused of 'Feeding Homophobia to Kids' by Filmmaker Apurva Asrani as a Problematic Cartoon on Its Ice-Cream Sandwich Goes Viral!

According to reports, Joshua Garner and his partner, Lee Walls, noted that they went to the store to ask about an order they were picking up. The clip uploaded on Reddit, captures the heated arguments between both parties before the queer-bashing KFC employee started a homophobic rant.

“I don't give a fuck about no video. This ain't the first time I've been on video,” the KFC employee says. “You cursed at us, and you're at work. Why?” one of the customer can be heard saying from inside the car, to which the employee sticks his head out of the drive-thru window and says, “You’re fucking queer. Why?” The KFC employee apparently didn’t realise that using “queer” as a slur is offensive, especially to the people who identify as LGBTQ+. Soon a manager arrives at the scene and removes the employee, and shut the drive-thru window.

After the video went viral, KFC issued a statement noting that the employee's behaviour was unacceptable, and the team member was terminated. The fast-food giant also reportedly got in touch with the customers in the video and offered their apology.

(The above story first appeared on LatestLY on Feb 26, 2021 04:36 PM IST. For more news and updates on politics, world, sports, entertainment and lifestyle, log on to our website latestly.com).