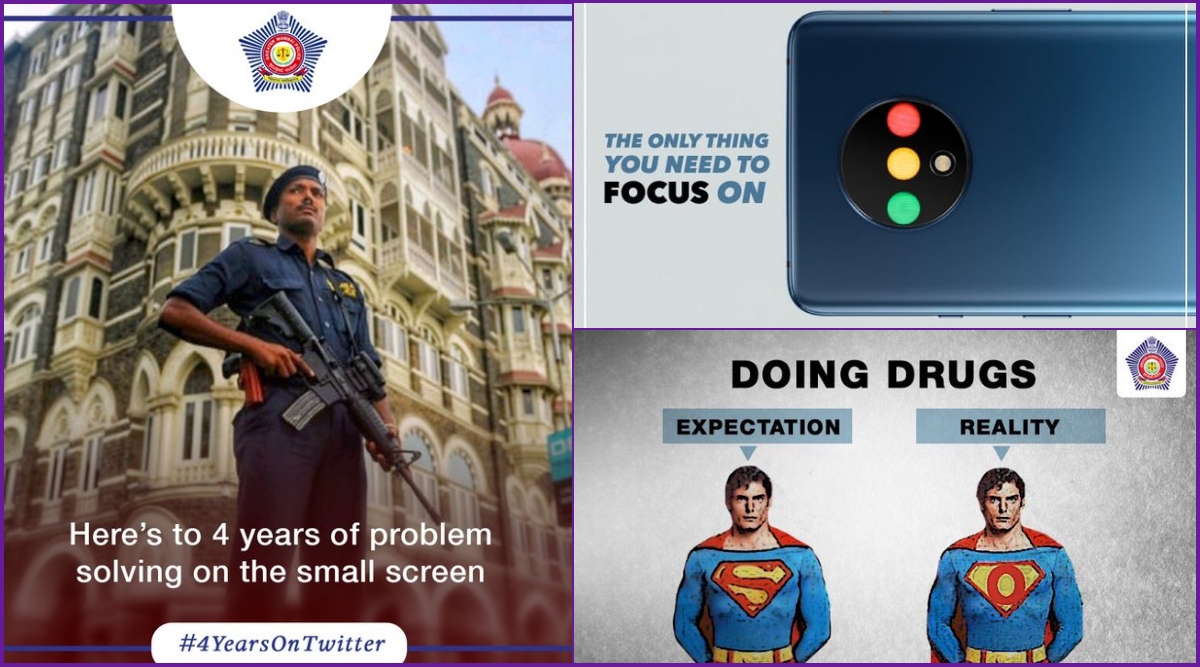 The Mumbai Police has been effectively trying to maintain the law and order of the city that never sleeps. And one of the ways they have kept in touch with the citizens is their social media profile. The Mumbai Police Twitter account is known for posting brilliant tweets to give out a message, warning in tune with the relevant trends. Their creative and witty tweets have always earned praises from the netizens. Today, it completes four years on the platform and we thus decided to look back at some of their most creative and witty tweets to give out a message to the public. Meghalaya Police's Witty Tweet on 'Rasna' as Drugs Impresses Netizens, Other Times Police Departments Creatively Trolled Drug Peddlers.

The Mumbai Police Twitter account usually posts about the important notices, traffic routes, celebrating achievements of the department and also pass on their festive greetings.  As they complete four years today on Twitter, they posted a sweet message about the bond they have built with the citizens through this account. As #SareeTwitter Goes Viral on Social Media, Mumbai Police Joins In With #KhakiTwitter (Check Tweet).

#WeMetOnTwitter 4 years ago today, and are humbled by our bond with the city of Mumbai online. Thanks for all the memories and here’s to making new ones. pic.twitter.com/CWcqPH6hfE

"Tis the season of parties and merry-making, but not TOO much merry-making. Remember… Santa’s got his eyes on you And so do we!!#RoadSafety#DriveSafe #MerryChristmas pic.twitter.com/9t141xdjUJ

Traffic Rules Need to be Followed

Always keep your eyes on the traffic light to ensure safety. #TrafficSafety. pic.twitter.com/oE70diTTeW

Passwords are not for mere consolation! They must ensure protection #OnlineSafety pic.twitter.com/Ne07mQLrSW

How Can We Ever Get Over This Dialogue

Mind your own data to make sure that no one else takes advantage of it to beat you in the #RaceOfSafety pic.twitter.com/WJ4ADZEl1a

Don’t let your wellness be a thing of past #DontDrinkAndDrive pic.twitter.com/obQUFPFUFn

Q) What are the chances of my weak password getting hacked?

With each and every tweet they post on spreading awareness, they make it a point they leave a smile on the reader's face. Using the meme trends they exactly know how to get their point across to a generation that relates to it.