Oprah Winfrey Is Sending 500 Copies of Isabel Wilkerson’s Book ‘Caste: The Origins of Our Discontents’ to CEOs and Leaders Across US to Help Them Understand Origin of Racial Inequality 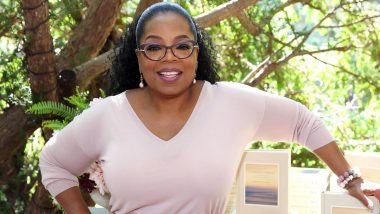 Oprah Winfrey, the American talk show host and philanthropist, is an ardent reader and often updates fans on what she has been reading. Her latest book club pick is "Caste: The Origins of Our Discontents,” written by Pulitzer Prize-Winning Author and Journalist, Isabel Wilkerson. Oprah announced that it was her latest selection for her long-running book club and that it was the most important one so far. It is so significant that the media mogul is now planning to send about 500 copies of the book to CEOs, college professors and world leaders including nation’s governors and mayors. The reason that she plans to send the copes is to help them understand the origin of racial inequality, which in turn will guide them as to what they can do to better nations across the world. Oprah Winfrey Believes People of the US Are Fighting Against Systemic Racism.

“This might be the most important book I’ve ever chosen for my book club,” Oprah was quoted saying in a press release. Wilkerson’s book examines race in the United States of America as a social hierarchy, with African Americans confined to the bottom. The book defines racism in the US as an American caste system, and it compares it to social hierarchical systems in India and Nazi Germany, as explained by CNN.

Wilkerson is the first Black woman to win a Pulitzer Prize in journalism in 1994. In 2015, former US President Barack Obama awarded her the National Humanities Medal. A lot of protests are happening across the US states, especially after the death of George Floyd. It ignited a racial reckoning that shows no signs of slowing down. Company founders, executives, have reportedly been searching for ways to remedy legacies of racially biased inequities amid nationwide calls for reform in everything, starting from police conduct to corporate personnel policies.

(The above story first appeared on LatestLY on Aug 10, 2020 02:25 PM IST. For more news and updates on politics, world, sports, entertainment and lifestyle, log on to our website latestly.com).