Picture of Baby Platypus Going Viral on Internet is Fake, It's a Plastic Sculpture (View Pic) 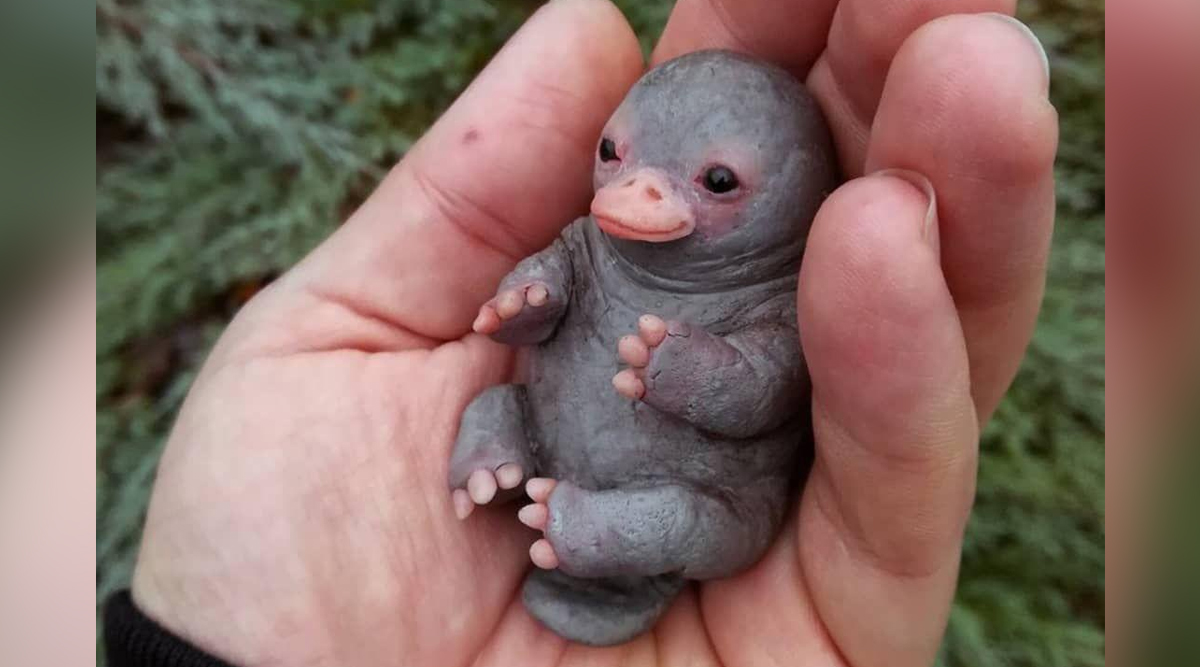 The internet has a great collection of cute and funny animals pictures that are shared almost every day. And those who love such content ensure that it does go viral, sharing and resharing it on their timelines. However, not everything that is shared online may actually be true. A picture of a baby platypus is going viral this week on social media for being too cute. While the little platypus definitely looks adorable it is not a real living creature but just a plastic sculpture! Several Twitter users have unknowingly shared the picture of this baby platypus, clueless that it is not how a real one looks. Frog Caught Eating One of The Most Venomous Snakes in The World! (View Pics).

It is unclear who shared the pictures first but many users have shared the same picture on Twitter. It shows a really tiny animal fitting into a palm One of the users captioned it, "You have been visited by baby platypus, rt for goodluck." And well, the tweet did get over 11,000 retweets. Many other users too shared the same picture saying it looks closest to Baby Yoda, another character that has charmed the netizens recently.

You have been visited by baby platypus, rt for goodluck. pic.twitter.com/TnuIp3TDlC

I think a baby platypus is the closest we're going to get to a baby Yoda. pic.twitter.com/XEANd6YY5f

If this really is a baby platypus , I want one. pic.twitter.com/I4fZXr1fC9

And as cute as the above picture looks, it is a fake one. This Baby Platypus isn't alive but it is a piece of art made by Serbian fantasy artist Vladimir Matić-Kuriljov. He is a sculptor who makes art pieces using plastic-like material. So this cute viral picture is actually his creation. Some Twitter users did Google how a baby platypus looks like and found out the pictures are fake.

This is what a real baby platypus looks like people. pic.twitter.com/7rTp05AbUo

So this is again a reminder of how everything on the internet should not be believed. If you come across this picture again, make sure you tell people how a real platypus looks like.