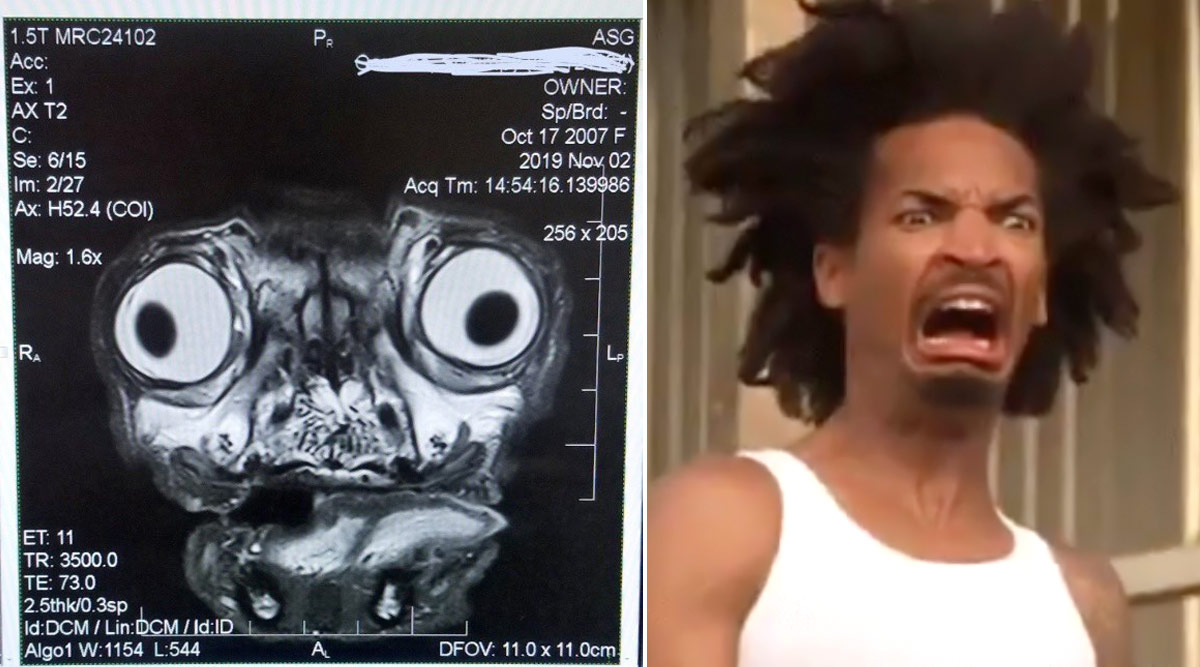 Pugs are super cute or any dog, for that matter. In fact, dogs are the best thing that has happened to humankind. Not only do they fill your life with warmth but are a living lesson to what it means to be loyal. Dogs are simply the best. Talking about their MRI scans though... Now we as pure dog lovers, find their MRI scans cute too, BUT you can't deny that they are a bit horrifying as well. The internet broke down when actor and comedian Andy Richter shared an MRI scan of his friend's dog and the internet has not been the same ever since.

The 'terrifying' look on the inside of the dog is giving nightmares to many. Well, people do not understand how to react to this MRI scan but one of a vet has highlighted the scary results of "selective breeding". Apart from having an adverse effect on the health of the dogs, it may also alter the way certain breed look and exist. Andy tweeted the image from with the caption: 'My friend's pug went to the vet'. But before anything check out the picture of the pug's MRI scan:

My friend’s pug went to the vet pic.twitter.com/kP4r5o4ZOQ

Hilarious, isn't it? Now check out the best reactions to this picture:

My guy is 11, Herschel is pleased to meet you pic.twitter.com/BRMJ4XV8db

The GIFs are Everything

For the people who are concerned about the Pug's health. Andy tweeted out the status update:

I let my friend know his dog has gone viral, and he told her. She has a clean bill of health, btw pic.twitter.com/MlPrEU12Fp

Talking about selective breeding, Rory Cowlam, a vet based in London, told the Independent "They have these massive eyes, bunched up noses - the condition is called brachycephalism. We have, through human selection, bred them to look more like a human baby because we find that cute, but unfortunately, that cute look is not very good for the animal."