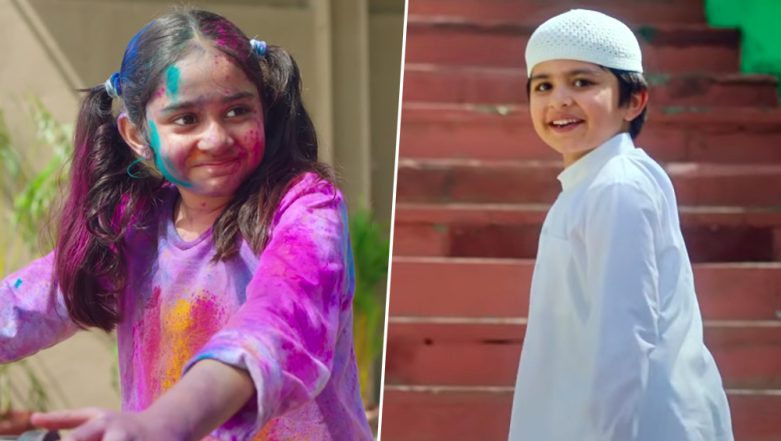 Holi 2019 is almost here, and while the world prepares its celebration, bands are also busy with endorsing their products in the most interesting ways. Especially, the detergent brands, for whom Holi is a perfect time to spread their message. Surf Excel just released its 2019 Holi ad with the #RangLaayeSang. The ad consists of a beautiful story depicting children and sends across a message that Surf Excel describes on YouTube: "how the colours of Holi can truly be the colours of oneness - melting differences & bringing people together." Ever since the ad has been released Twitter is flooded with reactions to the commercial and most of them are encouraging. People are lauding Surf Excel for the concept of the ad and its meaning. However, Hindustan Unilever’s Surf Excel is also trending on Twitter for some negative reactions with #BoycottSurfExcel.  While many people are praising their ad by saying spreads the message of inclusivity and the joy of the festival of Holi, some people do not share the same message and are shooting hate tweets, leaving Twitter divided.

Here are some of the reactions that the 2019 Holi ad by Surf Excel has received:

I am buying 2 extra 2 kilo pack of #SurfExcel for reminding us that we are nice people. And live naturally in relative harmony. And, kids know no barriers, until they are taught.

It will last me 6 months. but it is worth it to defeat haters.

You are right about "#SurfExcel ad has hearts".

I am completely with you on that part of your tweet. https://t.co/UEey5qbWAu

You are right about "#SurfExcel ad has hearts".

I am completely with you on that part of your tweet. https://t.co/UEey5qbWAu

Lovely ad #SurfExcel . This is the real India. Mutual respect for each other's faith should be the bedrock of our democracy. https://t.co/fEZyTPGycv

Some of the hate #BoycottSurfExcel tweets:

To @HUL_News, #Masjid is not required to offer Namaz as per Quran so this Holi read Namaz at home. No need to step out. Regarding #lovejihad propoganda start making reverse advertisement now. Lets see their tolerance when a burqa clad girl is playing holi 😂 #BoycottSurfExcel pic.twitter.com/sMjOOFl8jI

Some tweets say they will stop buying Surf Excel

Hashtags such as #SurfExcelAd #BoycottSurfExcel have divided the internet between people who extremely hate or love the ad. No reaction has yet come from either Hindustan Lever or Surf Excel until now.