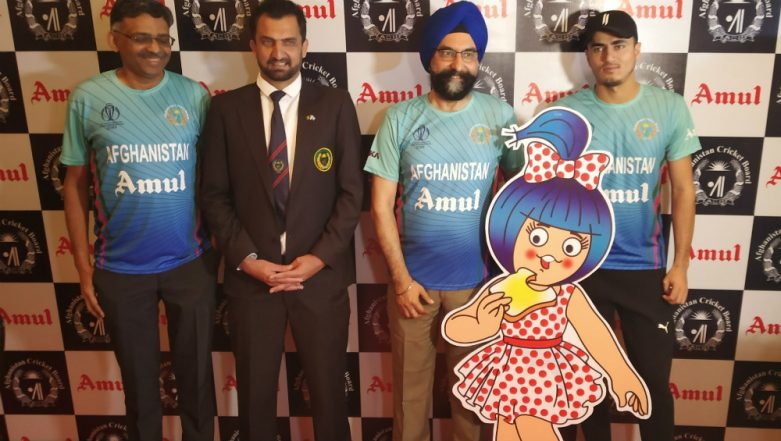 New Delhi, May 7: Amul has been announced as the principal sponsor of the Afghanistan cricket team for the upcoming World Cup, slated to be held in England and Wales from May 30.

The logo of brand Amul will appear on the leading arm of the Afghanistan team playing jerseys as well as on the training kits throughout the showpiece event. Afghanistan Team for ICC World Cup 2019: Hamid Hassan Makes Comeback in Gulbadin Naib-Led 15-Man Squad For CWC19.

"We are excited about being associated with Afghanistan Cricket for the first time and Amul is hopeful that this team, rated as the fastest growing team in international cricket, will deliver an outstanding performance in the World Cup," GCMMF Managing Director RS Sodhi said.

Asadullah Khan, CEO of Afghanistan Cricket Board (ACB), said: "This is a big moment for Afghanistan cricket and we are extremely happy that Amul will sponsor us for the World Cup. This is the first time we will play in the World Cup as a full member and the preparations are good. We hope to do well."

Afghanistan will play two warm-up matches against Pakistan and England on May 24 and 27 respectively before beginning their World Cup campaign against Australia on June 1.