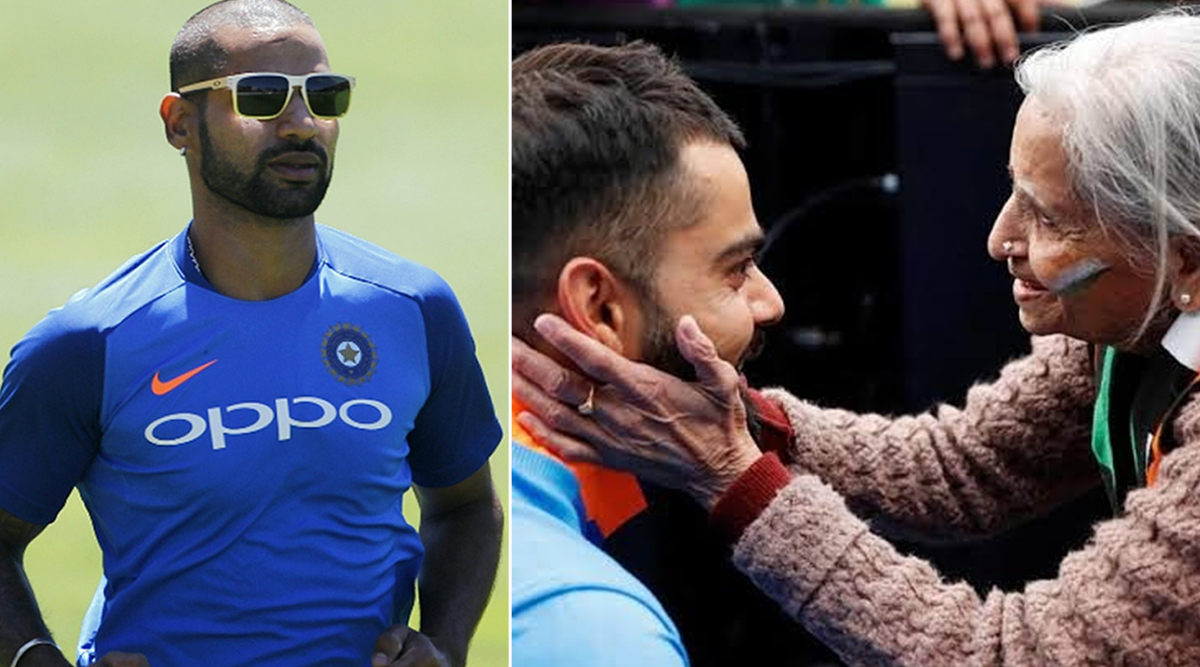 Charulata Patel, the 87-year old who was leaving no stones unturned to cheer team India during the ICC Cricket World Cup 2019, is no more and the news has certainly broken the hearts of many cricket fans. Indian opener Shikhar Dhawan was among the cricket lovers who was saddened by the news and he paid tribute to the ardent cricket fan. The southpaw took to his Twitter page and expressed gratitude towards the lady for her love and passion towards the game. Dhawan also said that India’s adherent will always be remembered for her support. Charulata Patel, Team India's Superfan Dies: BCCI Pays Tribute To 87-Year-Old Who Went Viral With Her CWC 2019 Appearance.

“RIP Charulata Patel Ji .. Will always remember your passion for the game. Thank you for your unconditional love and support” wrote the 34-year old on the social-media website. It was the India vs Bangladesh game in the gala-tournament when the lady grabbed the limelight for her support for the Men in Blue. It was commentators Harsha Bhogle and Sourav Ganguly who first highlighted the lady by praising her enthusiasm. Even after the match, Virat Kohli and Rohit Sharma, themselves, went to meet their fan and thanked her. Dhawan was also desolated by the news and he paid the tribute. Virat Kohli, Rohit Sharma Meet 87-Year-Old Team India Fan Charulata Patel After India Makes it to CWC 2019 Semi-Finals.

RIP Charulata Patel Ji 🙏.. Will always remember your passion for the game. Thank you for your unconditional love and support. ❤ https://t.co/cagXV0ghW4

Speaking of Shikhar Dhawan,  the Indian opener is currently participating in the India vs Australia ODI series in which the former team are trailing by 0-1. They lost the opening encounter by 0-1 and the next game will be a do or die encounter. The second ODI will be played on January 17 at the Saurashtra Cricket Association Stadium in Rajkot.