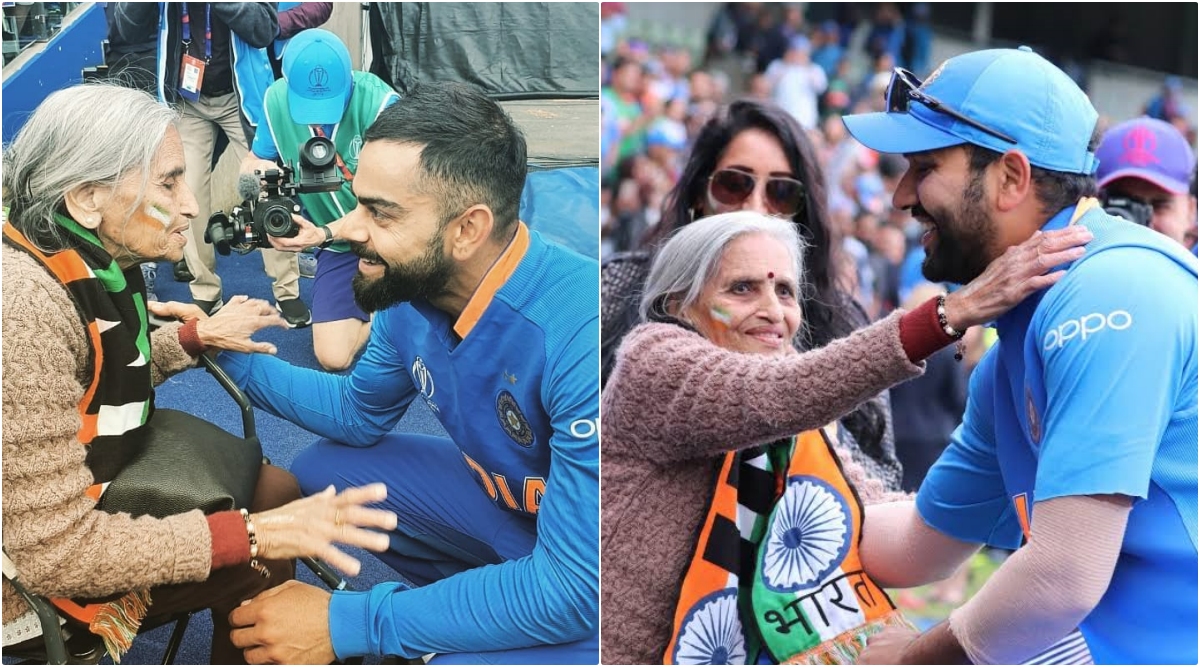 Charulata Patel, one of the ardent fans of Indian cricket, is no more and the news must certainly have broken many Indian cricket fans’ heart. The 87-year old lady became an overnight sensation during the ICC Cricket World Cup 2019 as she was seen cheering the Men in Blue with full grace. She also grabbed a lot of attention on social media as well. It was the India vs Bangladesh match in the group stage when she came to the stadium to cheer his side and came in the limelight. In fact, after the match, Virat Kohli and Rohit Sharma, themselves, came to meet the lady and thanked her for support. Virat Kohli, Rohit Sharma Meet 87-Year-Old Team India Fan Charulata Patel After India Makes it to CWC 2019 Semi-Finals.

The official Twitter handle of BCCI shared the news and also paid tribute to the lady. "#TeamIndia's Superfan Charulata Patel ji will always remain in our hearts and her passion for the game will keep motivating us. May her soul rest in peace" wrote the apex cricket body on the social-media website. Well, India’s superfan is no more and the news must have broken many people heart. It will be interesting to see, how the cricket fraternity including the likes of Virat Kohli and Rohit Sharma will react to the heart-breaking news.

#TeamIndia's Superfan Charulata Patel ji will always remain in our hearts and her passion for the game will keep motivating us.

May her soul rest in peace pic.twitter.com/WUTQPWCpJR

As of now, the Indian side is currently preparing for the second ODI against Australia. The match will be played at the Saurashtra Cricket Association Stadium in Rajkot. Losing the opening game by 10 wickets, India are trailing 0-1 in the three-match series and the upcoming game will be a do or die encounter for them.