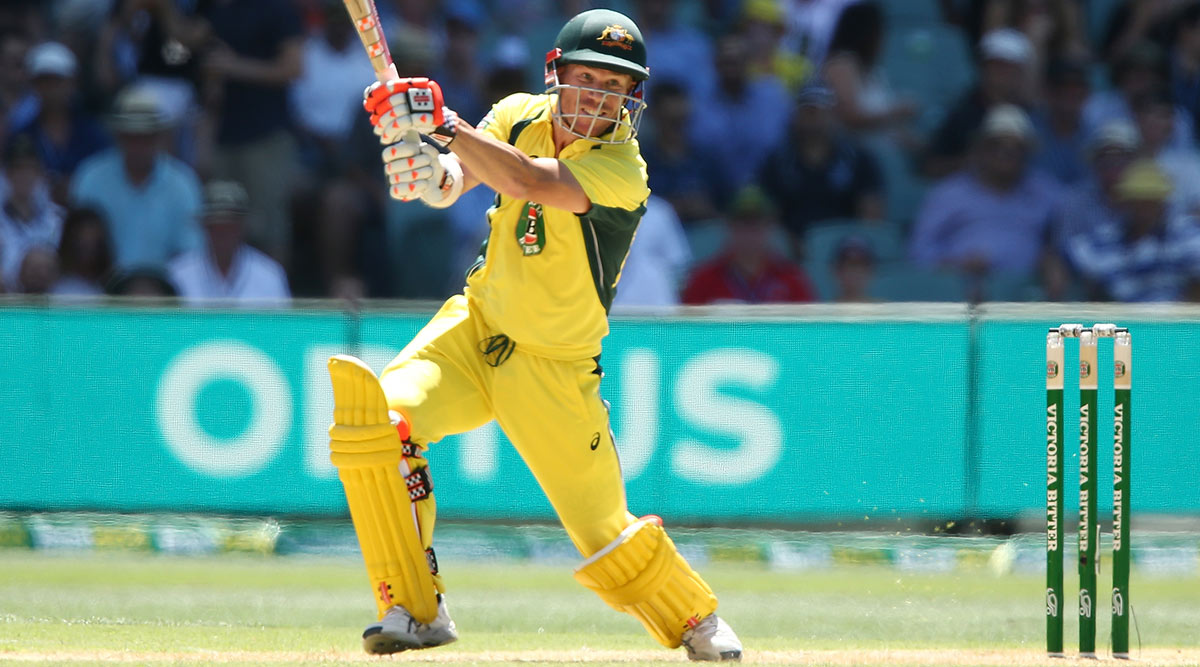 Riding on his good form, David Warner achieved another prestigious landmark during the 1st India vs Australia ODI at Wankhede Stadium in Mumbai. By scoring his 10th run he became the fastest Australian batsman to reach 5000 runs in ODIs. Meanwhile, Australia is in a commanding situation, as they have scored more than 150 runs without losing a single wicket. The visitors are chasing the target of 256 runs and haven't lost a single wicket yet. India Vs Australia, Live Cricket Score 1st ODI Match.

Earlier Australian skipper Aaron Finch won the toss and elected to bowl first where their bowlers did a marvellous job of allowing the home team to just cross 250 runs mark. Except Shikhar Dhawan's 74 runs knock none other Indian batsmen managed to play a big inning. Indian skipper Virat Kohli also got dismissed on 16 runs by getting caught and bowled by Adam Zampa. After KL Rahul's dismissal, who made 47 runs, the wickets started falling in quick succession. David Warner has yet again achieved another milestone of his career, where he took 115 innings to reach 5000 runs. Virat Kohli Dismissed Cheaply By Adam Zampa During India vs Australia 1st ODI 2020, Twitterati Pokes Fun at Indian Skipper.

David Warner becomes the fastest Aussie batsman to reach 5000 ODI runs. While Hashim Amla, former South African batsman is the quickest in ODIs overall to reach 5000 runs as he took only 101 innings. Followed by him are Virat Kohli and Vivian Richard who took 114 innings. England's batsman Joe Root took 116 innings to achieve this feat, while Brian Lara and Shikhar Dhawan took 118 innings.

Australia looks favourite to win the 1st ODI which is being played at Wankhede Stadium. David Warner has also scored a century and is still batting unbeaten along with Aaron Finch. Indian bowlers are indeed having a tough time on the field where they have taken a few wrong decisions and even lost a review.