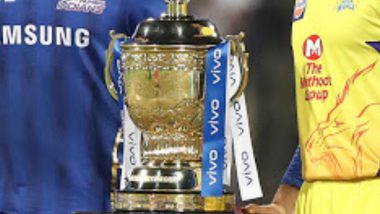 The Board of Control for Cricket in India (BCCI) announced the schedule for the second phase of the VIVO IPL 2021 which will be played from September 19 onwards in the United Arab Emirates (UAE) with the final scheduled on October 15, 2021. The Rescheduled IPL 2021 will see a total number of 31 matches which will be played in the duration of 27 days. The 14th season, which was postponed in May this year in the wake of the coronavirus pandemic, will resume in Dubai with Chennai Super Kings taking on defending champions Mumbai Indians. You can free download IPL 2021 new schedule after the postponement in PDF format.

The action will shift to Abu Dhabi, after CSK vs MI, where the Kolkata Knight Riders will square off against Royal Challengers Bangalore. Sharjah will host its first game on 24th September when Royal Challengers Bangalore take on Chennai Super Kings. In all, 13 matches will be held in Dubai, 10 in Sharjah and eight in Abu Dhabi. IPL 2021 New Schedule: Indian Premier League to Restart on September 19 With CSK vs MI in Dubai. 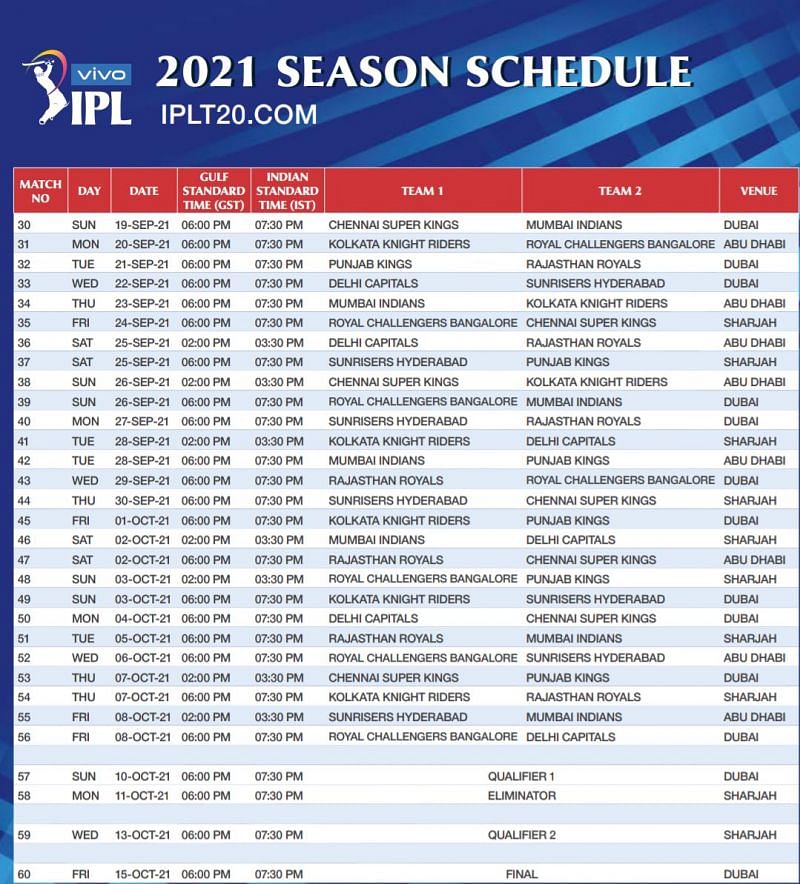 (The above story first appeared on LatestLY on Jul 25, 2021 07:58 PM IST. For more news and updates on politics, world, sports, entertainment and lifestyle, log on to our website latestly.com).