Kochi Tuskers Kerala failed to pay the 10% bank guarantee they had agreed to pay the IPL committee despite several reminders from the BCCI. They were removed from the IPL in October 2011. By December, they were gone. 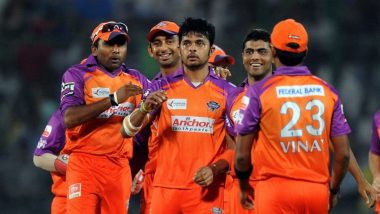 With Mahela Jayawardene as captain and Geoff Lawson as coach, Kochi had a formidable squad that boasted of Muttiah Muralitharan, Brendon McCullum, Ravindra Jadeja, RP Singh, S Sreesanth, and VVS Laxman. Kochi won six of their 14 matches to finish eighth out of ten teams.

The Tuskers were hit by controversies right from the start. They had considered Ahmedabad as an alternative home venue for some time before a fan outrage forced them to change their mind. A fan outrage also prompted them to change their name from Indi Commandos. But the biggest of them happened after the tournament.IPL Controversies- Part 9: Lalit Modi Suspended in 2010.

They Tuskers were owned by a consortium. Following a conflict between the six organisations that formed the consortium, the Tuskers failed to pay the 10% bank guarantee they had agreed to pay the IPL committee despite several reminders from the BCCI. Tuskers were removed from the IPL on October 14, 2011. By December, they were dissolved.

Only nine teams participated from the next year. The Kochi cricketers were auctioned again. In February 2012, Rendezvous Sports World, one of the parties of the Kochi consortium, sued the BCCI. In July 2015, the court asked BCCI to pay USD 77 million as compensation.

(The above story first appeared on LatestLY on Apr 16, 2021 04:50 PM IST. For more news and updates on politics, world, sports, entertainment and lifestyle, log on to our website latestly.com).