On April 26, 2010, the day after the IPL final, BCCI suspended their Vice-President Lalit Modi on ‘alleged acts of individual misdemeanours’. At that point, Modi was also the Chairman of the IPL, which made the suspension doubly significant. 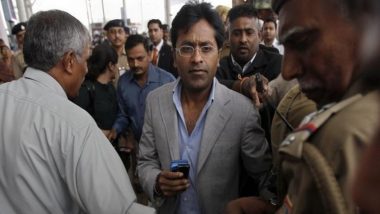 On April 25, 2010, Chennai Super Kings beat Mumbai Indians by 22 runs to win the Indian Premier League for the first time. In less than a year India and MS Dhoni would reach the top of the ICC Test rankings and win the World Cup. Suresh Raina’s 35-ball unbeaten 57 won him the Player of the Match award in the IPL final. The celebrations went late into the night. IPL Controversies- Part 8: Bomb Explosions at M Chinnaswamy Stadium in 2010.

Then, next day, BCCI shocked the Indian cricket fraternity by suspending their Vice-President Lalit Modi on ‘alleged acts of individual misdemeanours’. At that point, Modi was also the Chairman of the IPL, which made the suspension doubly significant.

There were 22 charges against Modi. These included rigging the franchise bids of 2010, when Pune Warriors India and Kochi Tuskers Kerala were inducted into the tournament; charging USD 80 million from an IPL broadcasting deal; classifying BCCI information, and more. IPL Controversies- Part 7: Indi Commandos to Kochi Tuskers Kerala.

But the BCCI were not the only organisation to press charges against Modi. The Enforcement Directorate of the Indian government launched multiple investigations against him. The allegations stretched beyond cricket. He was accused of contravening the provisions of the Foreign Exchange Management Act: the total amounted to INR 890 million.

Modi had meanwhile fled to London. Following the ED accusations, the Indian government had revoked his passport. It was not restored until August 2014. In 2013, he was found guilty on eight counts. BCCI handed him a life ban.

(The above story first appeared on LatestLY on Apr 16, 2021 04:21 PM IST. For more news and updates on politics, world, sports, entertainment and lifestyle, log on to our website latestly.com).