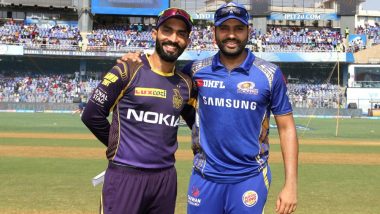 It is Dinesh Karthik’s birthday today and fans from all across the world have poured their wishes for the Kolkata Knight Rider batsman. Now, this also included a few members from the Indian cricket team. Rohit Sharma also took to social media to wish the KKR batsman and recalled his last six in the finals of the Nidhas Trophy 2018. As one may recall, that the last six by Dinesh Karthik broke the hearts of the fans of the Bangladeshi fans as they needed six runs to win the finals and KKR skipper snatched victory from the jaws of defeat. The match was held at the R.Premadasa Stadium in Colombo. Happy Birthday Dinesh Karthik: Virat Kohli, KL Rahul Lead Cricket Fraternity in Wishing the KKR Captain.

Many happy returns of the day @DineshKarthik 🎂 May this year bring you loads of happiness and success. 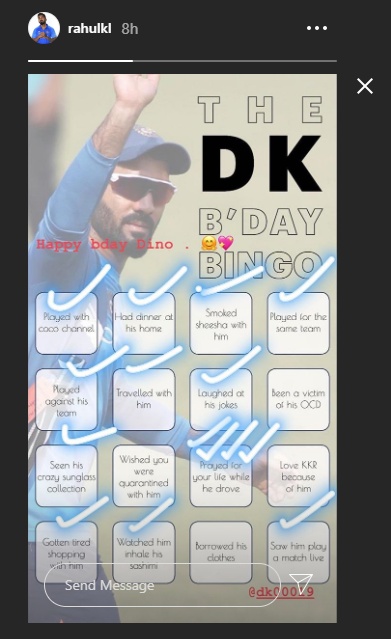 Talking about the memorable Nidhas Trophy match, Karthik was on the crease when India needed 23 runs from five balls. At one point it looked as if India were to lose the game, but that last ball six helped the Men in Blue win the game. Back then the Indians had thrashed Bangladesh by four wickets.

(The above story first appeared on LatestLY on Jun 01, 2020 07:09 PM IST. For more news and updates on politics, world, sports, entertainment and lifestyle, log on to our website latestly.com).