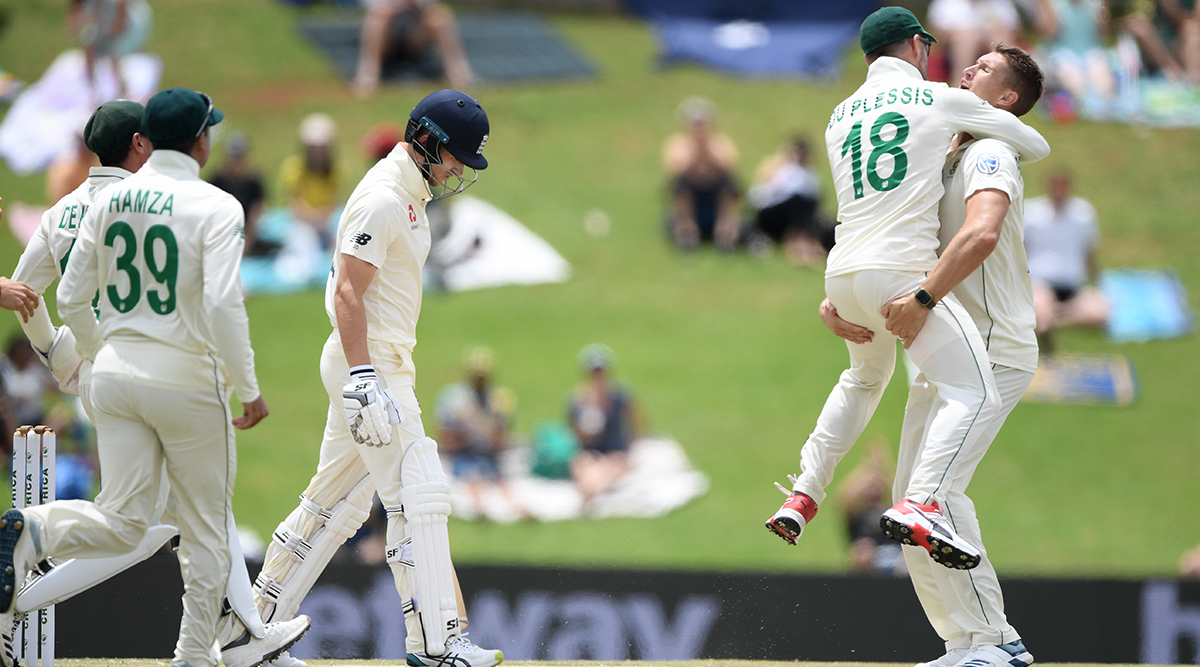 Day 1 of the 4th Test between South Africa and England was ended prematurely due to bad light as only 54.2 overs were bowled during the day. The visitors are 194/4 at stumps on the opening day of the game with cap Joe Root and Ollie Pope out on the pitch. The Proteas pacers had a good time as Vernon Philander, Beuran Hendricks, Anrich Nortje and Dane Paterson combined to get all the wickets. Meanwhile, fans searching for live streaming of SA vs ENG Day 2 can scroll down below for more details. South Africa Vs England, Live Cricket Score 4th Test Match.

After electing to bat first the visitors were off to a good start as opening pair of Zak Crawley and Dominic Sibley stitched up a partnership of 107 runs. Hendricks provided the breakthrough as he dismissed Sibley on 44 and then England went on a free-fall. Crawley scored a brilliant half-century but was the next to depart as he was caught off Philander. Joe Denly got off to a decent start but fell to Peterson and then Stokes’ short stay on the crease was ended by Anrich Nortje. Ben Stokes Issues Apology for Verbal Spat With Fan During South Africa vs England Johannesburg Test.

Day 2 of the fourth Test match between South Africa and England is scheduled on January 25, 2020 (Saturday). The SA vs ENG match will be played at the Wanderers Stadium, Johannesburg and is scheduled to start at 01:30 pm IST (Indian Standard Time) and 10:00 am local time.

How to Watch of South Africa vs England 4th Test Match 2019-20 Day 2: TV Channel and Broadcast Details SA vs ENG

Day 2 of the fourth Test between South Africa and England will be telecast live on Sony Pictures Sports Network as it is the official broadcaster of the series. Thus, fans can tune into Sony SIX and Sony SIX HD to watch the live telecast Day 2 of 4th SA vs ENG Test match.

Day 2 of South Africa vs England 4th Test Match 2019-20 Test match will be streamed live on Sony Liv in India which is the official online media streaming platform of Sony Network. Viewers can follow LatestLY for the live score updates and ball-by-ball commentary details.