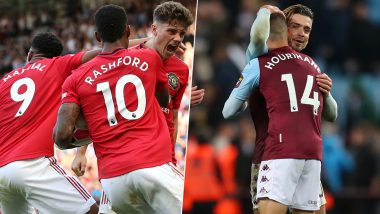 Matt Target and Bjorn Engels have been ruled out of the Manchester United clash for Aston Villa, but there is some good news too with John McGinn and Tyrone Mings ready to feature. Anwar El Ghazi and Keinan Davis are the central characters in the attacking third for the hosts but need some dominance by their midfield to truly flourish. Jack Grealish, who has been linked with a move to Manchester United, will be eager to impress his potential suitors. His creative play from the base could breathe a new life in Aston Villa’s struggling squad.

Nemanja Matic signed a new contract at Manchester United and the Serbian midfielder will once again be the man making things tick. Paul Pogba and Bruno Fernandes have stuck a wonderful partnership for the Red Devils and Aston Villa would be wary of the threat they possess. Mason Greenwood is emerging as the potential serial goal scorer for the visitors, and at the moment, the young lad seems to be on the higher pecking order than Daniel James.

Where to Get Live Telecast of Aston Villa vs Manchester United, Premier League 2019-20 Football Match?

How to Get Free Live Streaming of Aston Villa vs Manchester United, Premier League 2019-20 Football Match?

Disney+ Hotstar, the official partner of Star Sports will be streaming the game live on OTT platforms. Fans can tune in to Disney+ Hotstar app or website to get live streaming of Aston Villa vs Manchester United in Premier League. Manchester United are on a 20 game unbeaten run against Aston Villa in away ties and based on current form; the record should only get better.

(The above story first appeared on LatestLY on Jul 09, 2020 03:53 PM IST. For more news and updates on politics, world, sports, entertainment and lifestyle, log on to our website latestly.com).