La Liga Brings Out the Best Version of PM Narendra Modi’s Emphasis on Atmanirbharta, Posts a Picture of Lionel Messi Holding His Jersey After a Goal 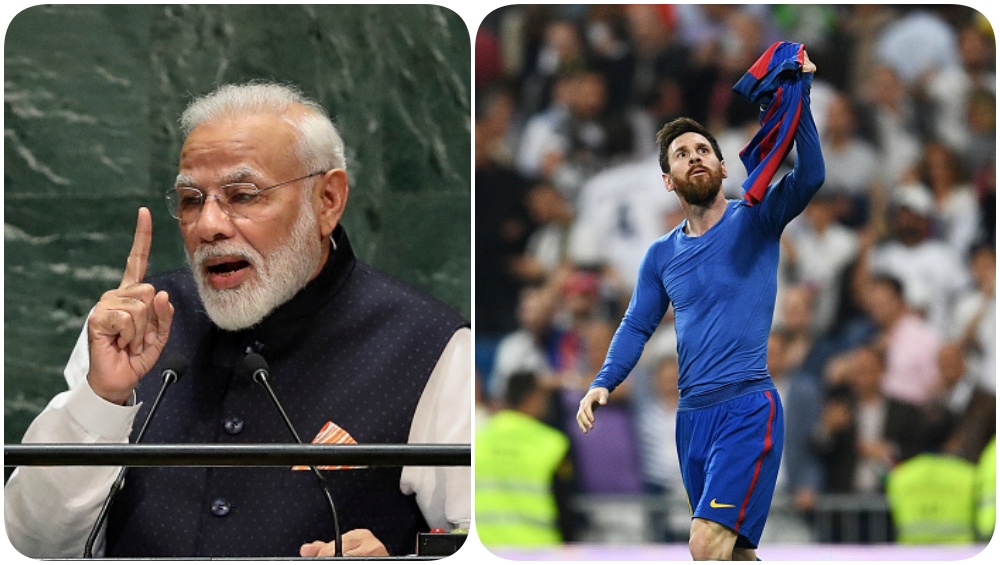 La Liga’s interest in the Indian market is an open rebuke. Very often do they put up posts in Hindi against the picture of the players to cater to their fans in India.  This time, they emphasised on PM Narendra Modi’s recent speech that revolved around 'Atmanirbharta' or self-reliance. Now La Liga posted a picture of Lionel Messi holding up his jersey after scoring a goal. If one may recall, in the recent media briefing, the Indian Prime Minister Narendra Modi had spoken about being self- reliant. The picture was posted on the official Facebook page of La Liga. La Liga Describes Lionel Messi in Shah Rukh Khan Style, Says 'Leo Ko Pakadna Mushkil hi Nahi Namumkin Hai'.

This surely impressed a lot of Indian fans on social media. In the snap we see the six-time Ballon d’Or winner performing his famous goal celebration ritual by holding up his jersey in the air. The post had Atmanirbhar written in Hindi in yellow font. The snap was captioned with the words, “Atmanirbhar” and the emoji of a rocket,  goat and a football. Hashtags like back to win and La Liga Santander were used in the post. Check out the post below: 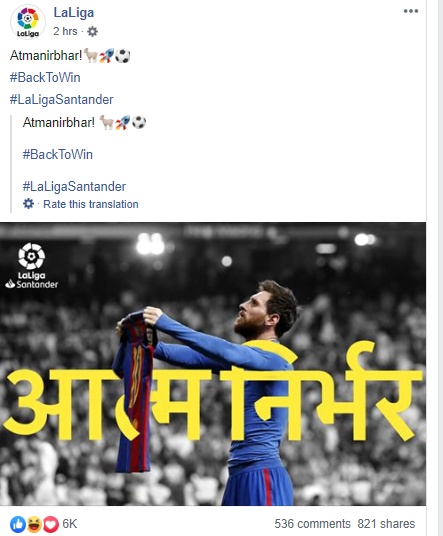 The last time, La Liga posted a picture of Lionel Messi using the famous dialogue from Shah Rukh Khan's movie 'Don'. They went on to describe the Barcelona captain with the words, "Leo Ko Pakadna Mushkil Hi Nahi Namumkin Hai. Recognize me, I am Leo!.”