Lionel Messi Talks About Lashing Out at Barcelona’s Sporting Director Eric Abidal, Says, ‘We Will Have to Wait to See if It Is True or Not’ 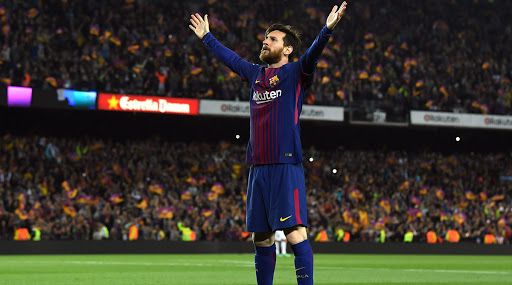 For a while now, there have been rumours about things not being fine at the Barcelona camp especially after the spat between Lionel Messi and Eric Abidal. The six-time Ballon d’Or winner had slammed Eric Abidal after he had said that a few members of Barcelona were not happy with Ernesto Valverde. This did not go down well with Messi and he went on to lash out Abidal in public saying that he should not be speaking without the names. Now, post this, Messi has spoken about the controversy and said that it will be a wait and watch the game to see if it was true or not. Lionel Messi Transfer News Update: LA Galaxy Latest Entrant for Barcelona Forward’s Signing, MLS Side Enquires on Possible Move.

While speaking to Mundo Deportivo, Messi said that he was not at Barcelona when Valverde was sacked and he was a bit surprised. He found out a bit of everything after he came to Barcelona. Messi revealed that the President of the club had told the same that he said in public and also none of the statements changed in the press conference. “I can’t say much more than that. He told the captains the same in private,” he said.  Messi also found it strange to have found out that something like this had happened.

“We will have to wait to see if it is true or not. We cannot say much and we’ll wait to see what happens. I really thought it was a strange subject,” he further added. Post this controversy, it is said that Lionel Messi could quit Barcelona this summer.