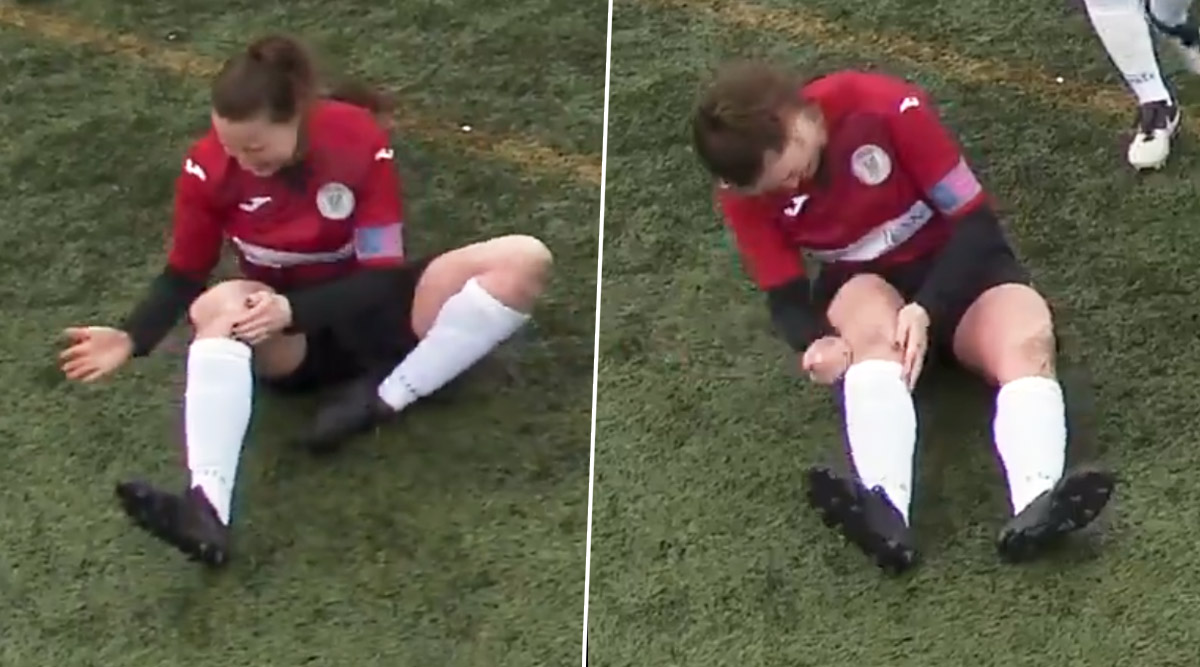 Scottish club St. Mirren WFC Captain Jane O’Toole garnered a lot of praise for her display of nerve during the game against Inverness Caledonian Thistle WFC. The football player dislocated her knee after a challenge from the opposition player but instead of coming off the field she just bashed her knee-cap back in place and continued playing as if it was no big deal. O’Toole’s team suffered a 7-0 defeat in the match but this act of toughness has earned the Scotswoman a lot of fans all around the world. Dog Invades Pitch During Turkish Football Match and Starts Playing With The Ball (Watch Video).

The video was shared by the twitter account of St. Mirren WFC, the team which Jane O’Toole plays for in the Scottish Women’s Championship. Late in the game, with St. Mirren trailing by 6-0, O’Toole went to the ground after clearing the ball out of bounds. Immediately, he kneecap was visibly out of place but instead of asking for assistance, she just used her fists to bash it in the anatomically correct position and then completed the entire 90 minutes against ITC. ‘Our captain Jane O'Toole, is made of tough stuff. Just look at how she dealt with dislocating her knee during our recent game at Inverness.... you can't put a good woman down’ the club captioned their post. Giovani Lo Celso Escapes Red Card After 'Stamping' Cesar Azpilicueta, Twitterati Lash Out at VAR’s ‘Poor Decision Making’.

Our captain Jane O'Toole, is made of tough stuff. Just look at how she dealt with dislocating her knee during our recent game at Inverness.... you can't put a good woman down - she got back up and played the full 90 minutes ⚫⚽️🔴https://t.co/L8BLAVjmBN

The incident occurred in the 50th minute of the game but O’Toole refused to leave the pitch and played for another 40 minutes after hammering her kneecap back into place. A player repairing their own dislocated knee is not unheard off as last year English Rugby player Joe Westerman used his palms to put his kneecap back in place during a match between Hull FC and Hull KR.