IBA Announces Candidates For Board of Directors, Elections on May 13-14

Following comprehensive eligibility checks and skills assessment, the International Boxing Association (IBA) has published the list of candidates for the upcoming election to positions on the Board of Directors, including that of President. 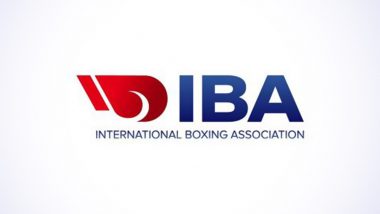 Lausanne, April 23:  Following comprehensive eligibility checks and skills assessment, the International Boxing Association (IBA) has published the list of candidates for the upcoming election to positions on the Board of Directors, including that of President.

The elections will take place at an Extraordinary Congress on May 13-14, during the IBA Women's World Championships in Istanbul, Turkey.

"The election process was developed by the independent Governance Reform Group (GRG), led by Professor Ulrich Haas. After unanimously accepting reforms to the IBA Constitution at the Extraordinary Congress in December 2021, IBA decreased the number of Directors on the Board to 18, agreed that at least five must be women, and noted there must be at least one representative from each continent. The Presidents of each Confederation will automatically assume a seat on the Board and are not among the nominees.

"An independent Interim Nomination Unit was created in February 2022 to establish the eligibility and analyse the skillsets of nominees. Its members are: Prof. Piermarco Zen-Ruffinen, Professor Emeritus of the Law Faculty at the University of Neuchatel, Dr. Catherine Ordway, Sport Integrity Research Lead at the University of Canberra, Chair of the Badminton World Federation Vetting Panel, Louise Reilly, Barrister-at-Law, Chair of the Board of the Biathlon Integrity Unit, Jacques Blondin, Head of Regulatory Enforcement at FIFA, Roberto Cammarelle, AIBA World Champion and Olympic Champion," the IBA said in a statement. Former Boxing Champion Mike Tyson Hits a Passenger On US Plane in a Viral Video.

Rigorous background checks were conducted by the vetting company Genius, and input was also provided by Prof. Richard McLaren, whose team has been engaged in a thorough investigation of IBA's integrity, the statement read.

The elections at the IBA Extraordinary Congress will be supervised by a representative of the independent Interim Nomination Unit, with the voting itself to be conducted electronically via Lumi. As defined by IBA's Regulations on the Congress and Elections, with the announcement of the candidates the election period begins and candidates are bound by comprehensive rules regarding their campaigning. The candidates for the position of IBA President are: Umar Kremlev, Boris van der Vorst

(The above story first appeared on LatestLY on Apr 23, 2022 10:30 AM IST. For more news and updates on politics, world, sports, entertainment and lifestyle, log on to our website latestly.com).