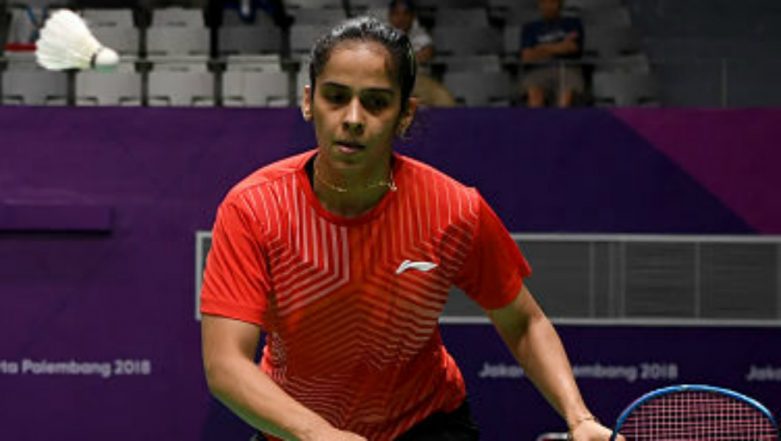 Star Indian badminton player Saina Nehwal settles for a bronze medal in women’s singles on Monday. The 28-year-old shuttler had to be content with third-place finish after she lost her semi-finals match to Tzuying Tai of Chinese Taipei in straight games 17-21, 14-21. Saina was no match to the top seed who was in red-hot form to dispatch her opponent in just 36 minutes. With the latest victory, Tzuying Tai now leads the head-to-head record 12-5 over Hyderabadi girl. Catch Asian Games 2018 Live News Updates Day 9 Here.

The semis match against Tzuying Tai was always touted to be a tough for Saina for the Chinese Taipei ace shuttler has been a constant nemesis. Their latest clash was no different with Tzuying running away with the game. Even when the first set score reads 17-21, Saina’s opponent was not exactly in any kind of trouble. She was always racing ahead with the game leaving Saina Nehwal to catch up. Asian Games Medal Tally 2018 Updated: Check India's Medal Tally in Current Table and Country-Wise Medal Standings.

Nevertheless, Saina Nehwal bagged first media in badminton for India at Jakarta Palembang 2018 Asian Games. Though it is bronze medal, it is a historic achievement in Indian badminton. This is the first time Indian women singles shuttlers (Saina Nehwal and PV Sindhu) has won a medal in Asian Games. In fact, India is bagging its first singles medals in badminton after the 1982 Asiad when Syed Modi won the bronze.