Roger Federer Happy to be Back at Laver Cup 2019, Posts a Picture on Social Media (See Pic) 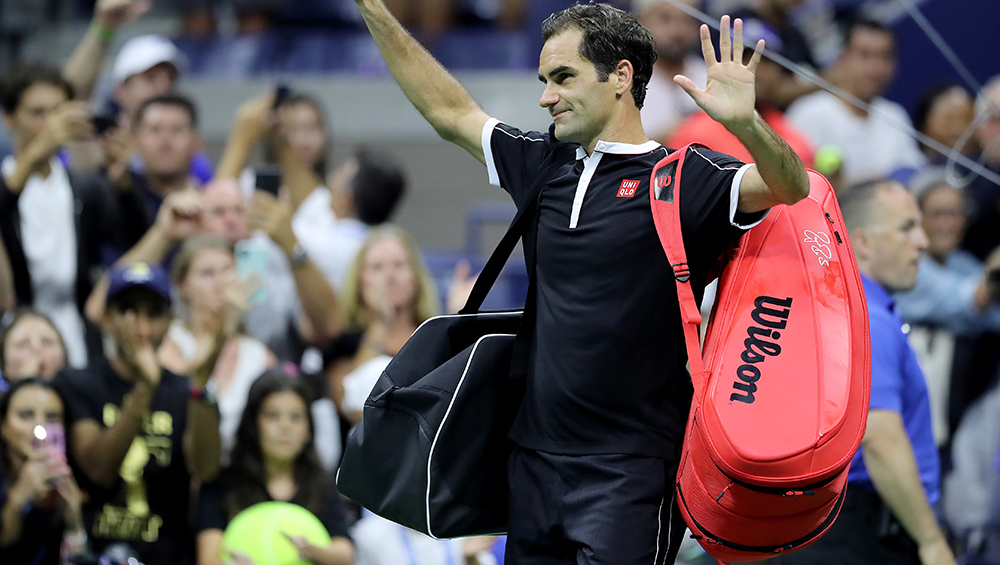 After crashing out from the semi-finals of the US Open 2019, Swiss ace Roger Federer is back in the court. The 20-time Grand Slam winner will be participating in the upcoming tournament of the Laver Cup 2019 which will be hosted in Geneva. The tournament kick starts on September 20, 2019. The tournament is divided into a couple of teams- Team Europe and Team World. Roger Federer will be featuring in Team Europe alongside names like Rafael Nadal, Dominic Thiem, Alexander Zverev, Stefano Tsitsipas and Fabio Fognini. ATP Cup Draw 2020: Novak Djokovic in Brisbane, Rafael Nadal in Perth and Roger Federer in Sydney.

Nick Kyrgios, John Isner, Milos Raonic, Taylor Fritz, Denis Shapovalov and Jack Sock will feature in Team World. Roger Federer was quite happy to be a part of the tournament and even posted a snap on social media. “Happy to be back on Twitter. #itsbeenawhile 🙋🏼‍♂️👋🏼Happy to back in Geneva. 🇨🇭#happy Happy to be back ⁦ @LaverCup ⁩ #finally ⚫️🔵 ,” he wrote as the caption of the snap.

Ahead of the event, the Swiss tennis ace addressed the press and spoke about how it would be playing with and against the youngsters. “They are very excited. On Friday it’s funny, on Saturday it’s still a bit bothering and on Sunday it’s very serious. Pressure increases even more and it becomes less funnier. Nick is a good teammate. I am happy he is there despite he is controversial time to time,” he said as reported by Tennis World USA. Talking about his stint at the US Open 2019, the five-time US Open champion lost to Grigor Dimitrov by 3-6, 6-4, 3-6, 6-4, 6-2.