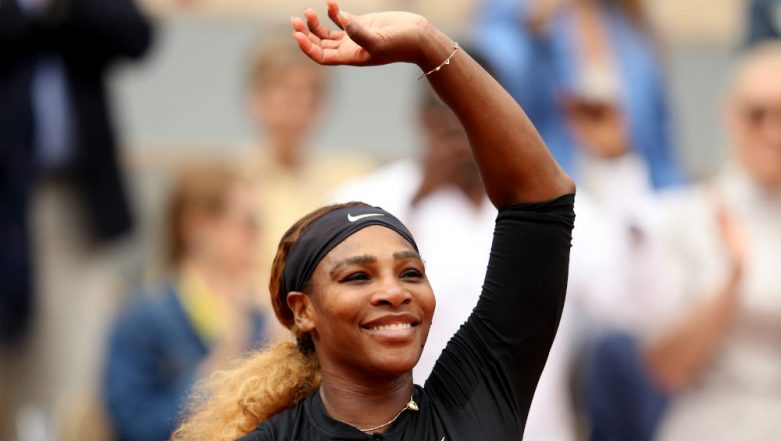 Serena Williams, the three-time Women's Singles French Open champion, will play her third round match in French Open 2019 today, on Saturday. The American will be facing her compatriot and 20-year-old Sofia Kenin in the third round of the French Open 2019. The match will be played at the Philippe-Chatrier court of Roland Garros. If you are looking for live telecast and free streaming online details of Serena Williams vs Sofia Kenin third round match or round of 32 in the French Open 2019, you will find it all here. Also get information on match timings in IST (Indian time) and TV channels doing the live coverage of the game.

Williams has come to Paris with an eye on winning the record-equaling 24th Grand Slam title. The 23 time Grand Slam winning champion failed to lift a major title since her return last year. Williams is currently ranked World No. 10 and her opponent in round three, Sofia Kenin, is currently ranked World No 35. This is the first head-to-head meeting of Serena Williams and Sofia Kenin in their careers.

The Serena Williams vs Sofia Kenin match is scheduled to begin at 08.05* PM (Indian Standard Time). The match will be played at the Philippe-Chatrier Court.

The Serena Williams vs Sofia Kenin match can also be viewed online. Video streaming platform Hotstar will play the live streaming of the match. Fans can watch the full match on Hotstar.

Serena Williams faced Russia's Vitalia Diatchenko in her first round match. Williams lost the opening set she played and did not look her dominating best. However, the 23-time Grand Slam winning champion used her experience and won the match 2-6, 6-1, 6-2 vs Vitalia Diatchenko on Monday. However, Williams beat K Nara of Japan easily in round two and dominated her Chinese opponent 6-3, 6-2. As far as Serena Williams opponent Sofia Kenin is concerned, the 20-year-old American reached the round of 32 at the French Open for the first time in her career after beating Canada's Bianca Andreescu in round two.