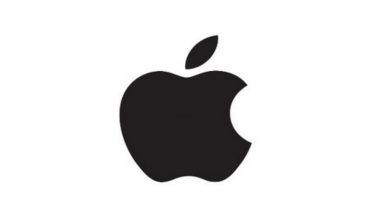 San Francisco: Apple has started seeded the first betas of iOS 15.1 as well as iPadOS 15.1, just a day after releasing the iOS 15 and iPadOS 15 updates. After removing SharePlay in iOS 15 beta 2, Apple has re-enabled the feature in the iOS 15.1, iPadOS 15.1, and tvOS 15.1 betas. Apple decided to pull SharePlay from the iOS 15 launch because it was not properly functioning and was still riddled with issues, reports MacRumors. Apple To Replace Current Notch With Punch-Hole Design on iPhone 14 Pro Models: Report.

It adds features to the Health app like support for storing health-related data for Covid-19 immunisations and test results. With the latest iOS 15.1 Beta, one can now add vaccination cards to the Apple Wallet application. The HomePod 15.1 beta that accompanies the iOS 15.1 beta adds Lossless Audio and Dolby Atmos with Spatial Audio support to the HomePod and HomePod mini.

The iPhone maker recently released iOS 15 with new updates. According to Apple website, "iOS 15 is packed with new features that help you connect with others, be more present and in the moment, explore the world and use powerful intelligence to do more with iPhone than ever before".

With the new update, users will be able to stream movies and TV shows while on a FaceTime call with friends. They will also be able to share their screens with everyone in a FaceTime call. Notifications have also been overhauled. Users will have more control over push alerts and they can let only notifications from select apps and people through when they activate one of the new Focus modes.

(The above story first appeared on LatestLY on Sep 23, 2021 10:47 AM IST. For more news and updates on politics, world, sports, entertainment and lifestyle, log on to our website latestly.com).