The Battlegrounds Mobile India game has surpassed 34 million registered users within a week after its release, the company said on Monday. 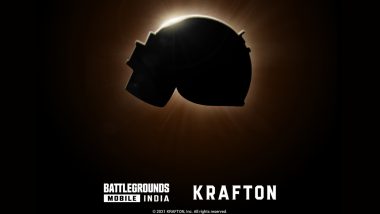 "We would like to thank our users in India for their support. We are committed to bringing new and more entertaining contents to BATTLEGROUNDS MOBILE INDIA to bring greater joy to our fans and players," said Wooyol Lim, Head of Battlegrounds Mobile Division at Krafton. "Krafton hopes to grow and further develop together with India's video gaming and esports industry," he said in a statement.

The game also recorded a highest of 16 million daily active users and 2.4 million peak concurrent users. The company aims to host the mobile game esports tournaments to expand its footprint in India. The game is now available for download as a free-to-play multiplayer game on Google Play with an amazing array of maps, game modes and exciting launch week challenges.

Set in a virtual world, Battlegrounds Mobile India is a new battle royale game where multiple players employ strategies to battle it out and be the last man standing on the battleground. Battlegrounds Mobile India went live for pre-registration on Google Play on May 18 and had secured 40 million pre-registrations as of today. As more players join the launch events in-game, fans will be rewarded with a free permanent purple outfit and various exciting rewards like outfits, weapon skins, etc.

(The above story first appeared on LatestLY on Jul 12, 2021 04:47 PM IST. For more news and updates on politics, world, sports, entertainment and lifestyle, log on to our website latestly.com).