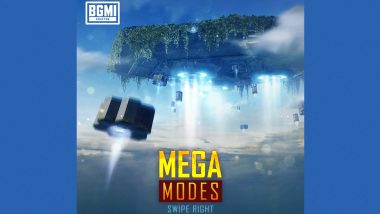 Krafton's BGMI aka Battlegrounds Mobile India will get PUBG Mobile's popular modes soon. These modes are called 'Mega Modes' which include Vikendi, Infection Mode, Payload 2, Survive Till Dawn and Runic Power. Battlegrounds Mobile India official India Facebook account has teased all the modes that will be included in the game. This move made by Krafton is aimed to please PUBG fans who were seeking a similar experience on PUBG's Indian version.

Krafton will also re-introduce Titans: Last Stand and Metro Royale modes to BGMI. Titans Last Stand mode was previously introduced by the company and was pulled down as it resulted in game crash whenever players tried to play the mode. Krafton is yet to announce when and how the new game modes will be made available to the users. New modes will also bring new maps and distinct gameplay. Also, they will bring new weapons and vehicles. In PUBG Mobile, players had to achieve a certain level to get access to different modes, so we expect the same in BGMI. 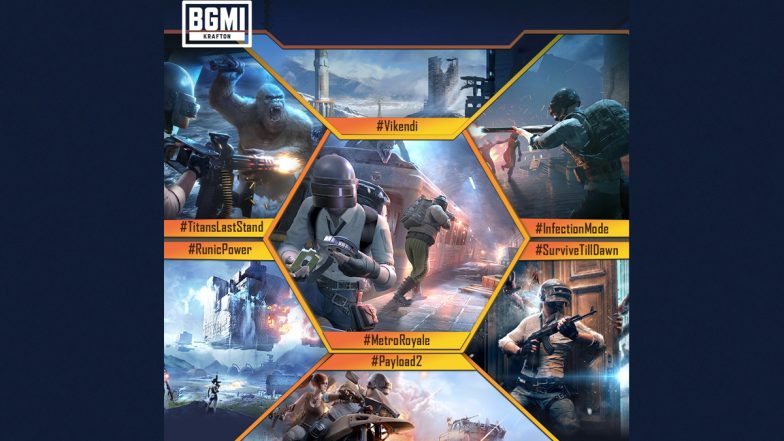 As a reminder, the Titans: Last Stand mode debuted in PUBG Mobile this May and was launched in collaboration with the sci-fi movie- Godzilla vs Kong. As per a report, the Survive Till Dawn mode will require players to reach at least level 10. Apart from bringing new modes, Krafton is also handling hackers and illegal programs. The company announced that it has looked into several illegal activities through its security system and permanently banned 87,961 accounts between September 24 to 30, 2021.

(The above story first appeared on LatestLY on Oct 06, 2021 04:53 PM IST. For more news and updates on politics, world, sports, entertainment and lifestyle, log on to our website latestly.com).