Nothing, a London-based consumer technology company, on Thursday announced it has appointed former Samsung executive Manu Sharma, as Vice President and General Manager of Nothing India. 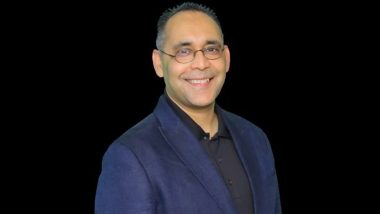 New Delhi, Feb 25: Nothing, a London-based consumer technology company, on Thursday announced it has appointed former Samsung executive Manu Sharma, as Vice President and General Manager of Nothing India. Sharma will drive the growth, business development and operations for Nothing in the country, a new venture of OnePlus Co-founder Carl Pei, in India. OnePlus Co-Founder Carl Pei Raises $15 Million for ‘Nothing’ via Google-Led Funding: Report.

"Sharma is an experienced business leader with a deep knowledge and understanding of the consumer technology industry in India. With his proven track record and experience, he will play a pivotal role for our growth in India," said Pei, CEO and Co-Founder of Nothing.

I’m super excited to welcome Manu Sharma (@buildingnothing) into the @nothing family as VP and General Manager of Nothing India! https://t.co/JDuW7CR3hN

Sharma has earlier worked with Samsung Mobile and the Hewlett-Packard (now bifurcated) in India. He will oversee the regional product strategy, marketing and sales operations for the brand, as well as setting up the India office.

"Carl's vision is inspiring and I am confident that Nothing will have a meaningful impact on the consumer technology market in India and around the world," said Sharma.

The London-based startup has so far raised over $22 million. In December, the company raised $7 million in seed financing December that included tech leaders and investors such as Tony Fadell, Casey Neistat, Kevin Lin, Steve Huffman and Josh Buckley. Kunal Shah, Founder, CRED, also invested in Nothing, although the amount has not been disclosed yet.

(The above story first appeared on LatestLY on Feb 25, 2021 03:07 PM IST. For more news and updates on politics, world, sports, entertainment and lifestyle, log on to our website latestly.com).