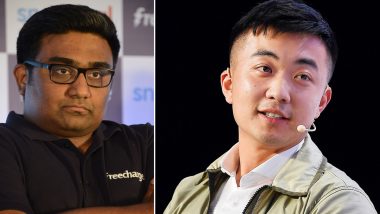 "Carl is working on a new consumer electronics company that I am sure will be a disruptor in the tech industry. I am excited to be part of this journey," said Shah on his investment.

Shah has invested in multiple sectors through his career and this investment is in his personal capacity. He founded members-only credit card management and bill payments platform CRED in 2018.

"Kunal is one of the sharpest people I know. I am proud and glad to have him as a friend, advisor and now also an investor," said Pei. "We are in advanced stages of our vision and are excited to introduce it to the world soon."

(The above story first appeared on LatestLY on Jan 21, 2021 04:28 PM IST. For more news and updates on politics, world, sports, entertainment and lifestyle, log on to our website latestly.com).