Warner Bros. Discovery (WBD) will soon launch the combined streaming service of Disney+ and HBO Max which is likely to be called just 'Max'. 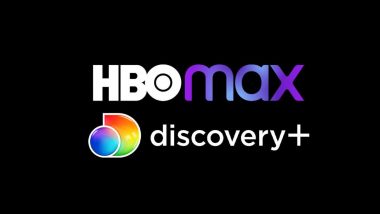 Some senior executives are still debating on a final name so the name might change, but 'Max' is the preference.

The application itself will resemble Disney+'s platform, with WBD's brands appearing as individual tiles.

HBO, Discovery, DC Comics and Warner Bros. will be among the platform's landing hubs. Naked And Afraid Of Love: Discovery+ Has A New Dating Show But Netizens Seem Unimpressed!

A WBD's spokesperson mentioned that a name was still being discussed, the report said.

Last month, WBD had announced plans to launch the combined streaming service earlier than expected in the spring of next year.

The announcement of early arrival was made by David Zaslav, President and CEO, WBD, in the company's earnings call.

The streaming services combined have approximately 95 million subscribers, in which the large majority are those of HBO and HBO Max.

In addition to the new service, WBD planned to launch its own free ad-support streaming TV service (FAST) in 2023, said Zaslav.

(The above story first appeared on LatestLY on Dec 06, 2022 04:24 PM IST. For more news and updates on politics, world, sports, entertainment and lifestyle, log on to our website latestly.com).