The Huawei Mate Xs 2 folding smartphone comes as successor to the Huawei Mate Xs that was introduced a couple of years ago. It is offered in three storage configurations - 8GB + 256GB, 8GB + 512GB and 12GB + 512GB. 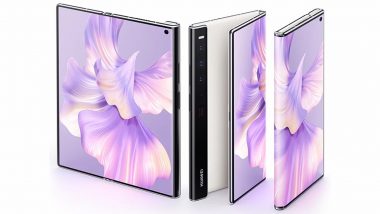 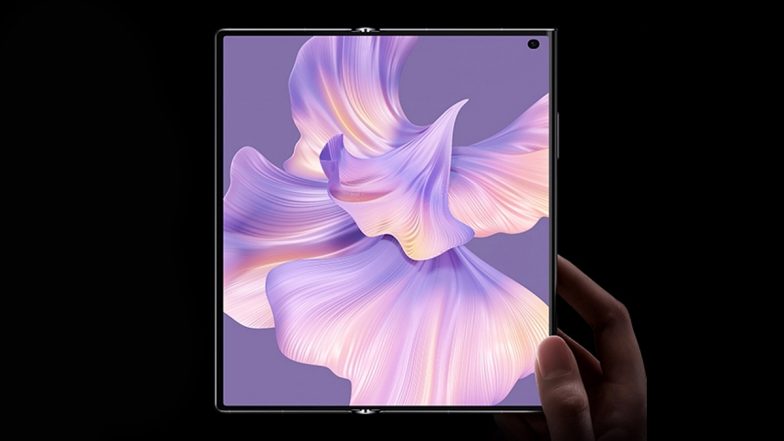 It draws power from a Qualcomm Snapdragon 888 4G chipset paired with the Adreno 660 GPU. The foldable phone comes with an 8GB of RAM and up to 512GB storage. The brand also introduced a Collector’s edition which packs 12GB of RAM and 512GB of internal storage. Additionally, the internal memory can be expanded by up to 256GB with Huawei’s Nano Memory Card. It runs on HarmonyOS 2 out of the box.

For photos and videos, there's a triple rear camera unit which consists of a 50MP primary lens. The remaining two sensors are a 13MP ultra-wide-angle lens and an 8MP telephoto lens. The front camera is a 10.7-megapixel ultra-wide-angle snapper for selfies and video calls. 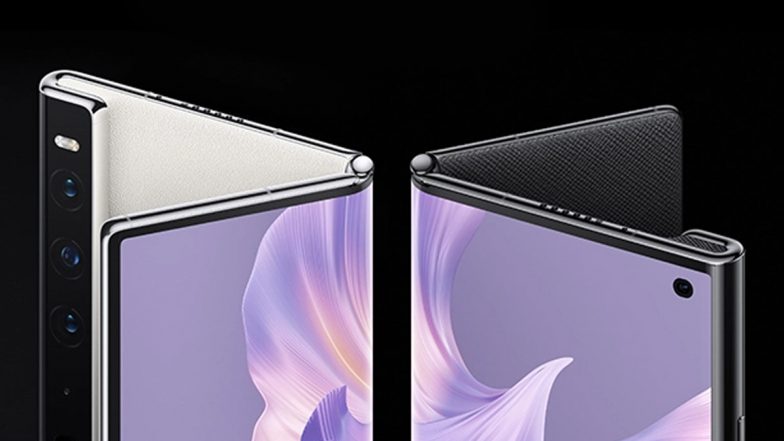 (The above story first appeared on LatestLY on Apr 30, 2022 10:30 AM IST. For more news and updates on politics, world, sports, entertainment and lifestyle, log on to our website latestly.com).