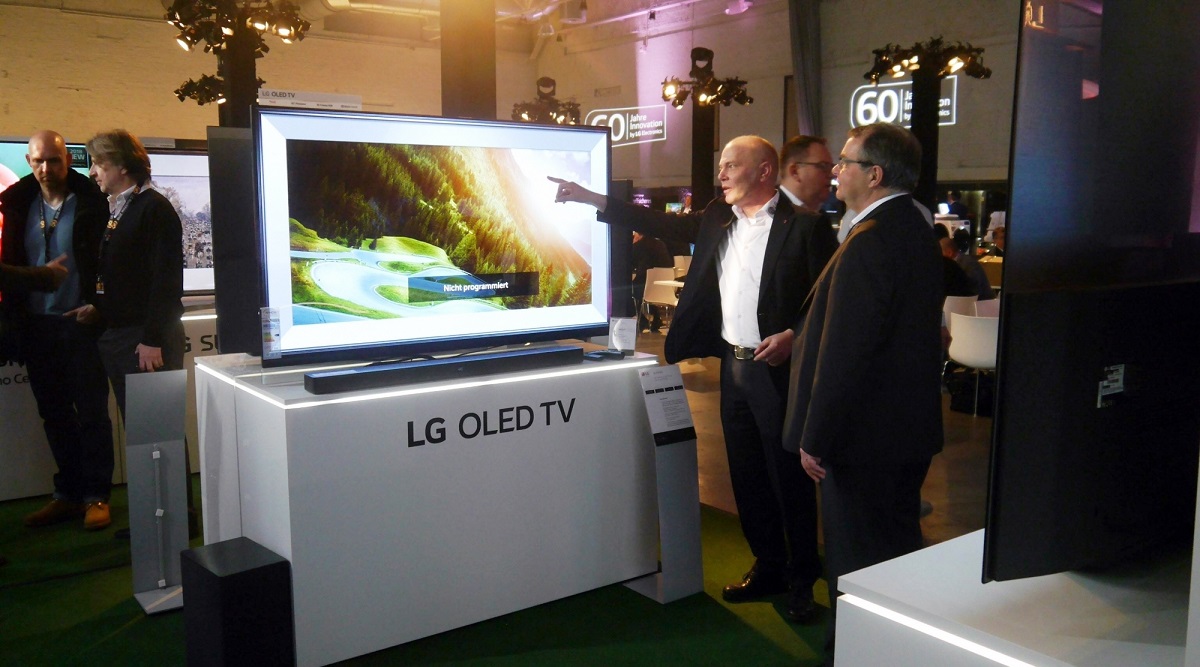 Germany: German retailers look at new OLED TVs from the South Korean tech firm LG Electronics at a road show in Cologne, Germany, on Feb. 20, 2018. The company, which provided this photo, arranged a road show of new products for 2018 at major German cities to introduce them to local retailers and media.(Yonhap/IANS)

Seoul, Jan 3: LG Electronics on Friday said it will unveil new 8K TV models with upgraded Artificial Intelligence (AI) features at the upcoming Consumer Electronics Show (CES) in the US as the company is eager to expand its presence in the next-generation TV market. LG said it will showcase eight TVs, with new 77 and 65-inch class models, at CES that kicks off on Tuesday in Las Vegas, Nevada, Yonhap news agency reported. The new TV models are additions to LG's existing 88 and 75-inch screen sizes in its OLED and NanoCell TV lineup. Samsung Offering Up to Rs 20,000 Cashback on Galaxy S10 Smartphones; Check Details Here.

Billed as the next big thing in the TV market, 8K TV offers four times the number of pixels of a 4K UHD screen and 16 times that of a full HD screen. Having so many pixels means a higher image density, which should deliver a clearer, better defined picture.

LG Electronics said that its latest 8K TVs come with upgraded AI and deep learning technologies, which will deliver optimised picture and sound quality for all types of content. The company said its 8K TVs will be equipped with an upgraded voice control system, which will be available in 144 countries.