Questions regarding insensitive tweets and public comments by Facebook employees were asked by the Parliamentary Standing Committee Chairman Anurag Thakur. 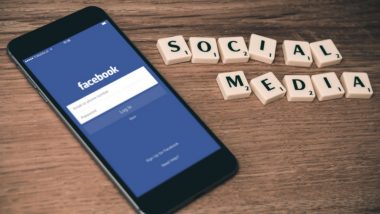 New Delhi, March 6: A parliamentary panel on Wednesday raised grave concerns regarding Facebook's ability to prevent misuse of its platform during the upcoming Lok Sabha elections and to proactively help the security agencies. Sources said Facebook informed the parliamentary committee that it is a "hybrid company" and failed to clearly answer which regulatory framework applies to their content, advertising and marketing operations in India. The social media company admitted it doesn't "always get it right" regarding content moderation on its platform, they said.

Facebook Vice President (Global Public Policy) Joel Kaplan appeared before the Parliamentary Committee on Information Technology to explain what the social media giant and its subsidiaries -- WhatsApp and Instagram -- were doing to safeguard citizens' rights across platforms. The sources here also said that the committee members felt that despite all the apologies for past mistakes that Facebook has made, the social media platform still seems unwilling to be properly scrutinised and transparent. Lok Sabha Elections 2019: Facebook Adds 5 New Partners to Fact-Checking Network in India.

Questions regarding insensitive tweets and public comments by Facebook employees were asked by the Parliamentary Standing Committee Chairman Anurag Thakur. According to the sources, Kaplan apologised to the committee for remarks made by Facebook employees on terrorism and the Pulwama attacks. Lok Sabha Elections 2019: Facebook to Launch Transparency Tools for Electoral Ads in India.

"This is the right question for policy makers and companies to be grappling with right now. We are eager to engage on the right regulatory framework, we don't have all the answers," he told the panel. Members of the panel were not convinced that Facebook and its employees are behaving neutrally, the sources added.

(The above story first appeared on LatestLY on Mar 06, 2019 05:51 PM IST. For more news and updates on politics, world, sports, entertainment and lifestyle, log on to our website latestly.com).