"We identified a service configuration that triggered disruptions across our POPs [points of presence] globally and have disabled that configuration. Our global network is coming back online," a Fastly spokesperson was quoted as saying in media reports. 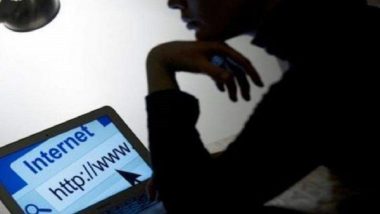 San Francisco/New Delhi, June 8: After a huge global web outage caused by a "service configuration" took popular websites, including leading news portals, off the grid on Tuesday, the services resumed for some websites although it was a slow process.

The technical glitch happened at the end of Fastly, a popular content delivery network (CDN) provider. The Cloud computing services provider said that the issue has been identified.

"We identified a service configuration that triggered disruptions across our POPs [points of presence] globally and have disabled that configuration. Our global network is coming back online," a Fastly spokesperson was quoted as saying in media reports.

A CDN refers to a geographically distributed group of servers that work together to provide fast delivery of internet content. Several popular websites were down, including Reddit, Spotify, Twitch, GitHub, Hulu, HBO Max, CNN, the Guardian, the New York Times, BBC, Financial Times and many more.

"Error 503 Service Unavailable," was the message that appeared on the affected websites earlier.

Other popular websites affected were gov.uk, Quora, PayPal, Shopify and others. The issues affected the UK government websites as British citizens were unable to renew passports, apply for tax allowances, or obtain driving licence during the outage. Massive Internet Outage Brings Down Big Global Websites; NYT, CNN, BBC, Reddit, Pinterest Among Those Affected.

The Guardian newspaper said its website and app were affected by a wider internet outage. "Outages were reported in locations as varied as London, Texas and New Zealand," the report noted.

Last year, a problem with Cloudflare, another CDN company, led to a half-hour outage for most of the internet in major cities across Europe and the Americas.

(The above story first appeared on LatestLY on Jun 08, 2021 07:09 PM IST. For more news and updates on politics, world, sports, entertainment and lifestyle, log on to our website latestly.com).