Microsoft To Add Teams to Its Online Store: Report

Users will soon be able to download Microsoft teams from its online store that comes built into Windows, according to an update from the company. 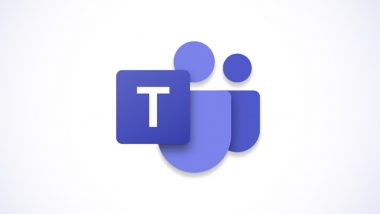 San Francisco: Users will soon be able to download Microsoft teams from its online store that comes built into Windows, according to an update from the company. Microsoft's work and collaboration communications app has not been available in its own store to date. Microsoft Teams Gets Mesh Technology for Holographic Experience During Video Chats: Report.

It either had to be downloaded from the web or installed alongside the rest of Office 365. As per the new roadmap, Teams will be available on the store in the upcoming month for both Windows 10 and 11, reports The Verge.

The Teams version for Windows 10 will be usable with personal, work, and school accounts, while the 11 version will just be for work and school accounts. The company earlier promised Teams on its store when it introduced the Microsoft Store redesign.

In a bid to make it convenient to access Microsoft Teams files for users, the tech giant was also set to add a "Your Teams" section to OneDrive. Recently, Microsoft announced that Teams will support an integration with LinkedIn that allows users to see their colleague's profiles within one-to-one chats. Users can access LinkedIn profiles in Teams without connecting their LinkedIn and Microsoft accounts.

(The above story first appeared on LatestLY on Apr 26, 2022 02:10 PM IST. For more news and updates on politics, world, sports, entertainment and lifestyle, log on to our website latestly.com).