Motorola Edge 20 Pro Smartphone Teased; Likely To Be Launched in India on October 1, 2021 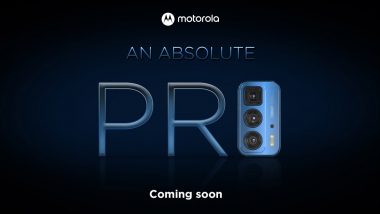 Motorola India is expected to launch the Motorola Edge 20 Pro in the country soon. The Lenovo-owned smartphone brand recently dropped a new teaser on its social media platforms with a coming soon tag. Though the company hasn't revealed which model it would be, we speculate that it could be Motorola Edge 20 Pro. However, listing on Flipkart suggests that the upcoming Motorola smartphone could be the Pro variant of the Edge 20 series. It's worth noting that Motorola launched Edge 20 series in India a couple of months ago. As of now, the series comprises of two models - Edge 20 and Edge 20 Lite. Flipkart Big Billion Days Sale 2021 To Begin Soon; Poco X3 Pro, Pixel 4a, RoG Phone 3 & Infinix Hot 10S Deals Revealed.

It is time to meet the ultimate pro. Are you ready? We are. Stay tuned to know more! pic.twitter.com/8QEUVhB0ya

The teaser image reveals that the upcoming handset will sport a triple camera module at the back. Additionally, the e-commerce giant separately shared a list of phones to be introduced during the upcoming Big Billion Days Sale. The list reveals a Motorola phone is scheduled to make its India debut on October 1, 2021. This handset is likely to be the Motorola Edge 20 Pro.

The handset is already on sale in Europe. Prices of the phone starts at EUR 699.99 (around Rs 60,500) for the 12GB RAM + 128GB storage variant. It is offered in two shades - Indigo Vegan Leather and Midnight Blue. 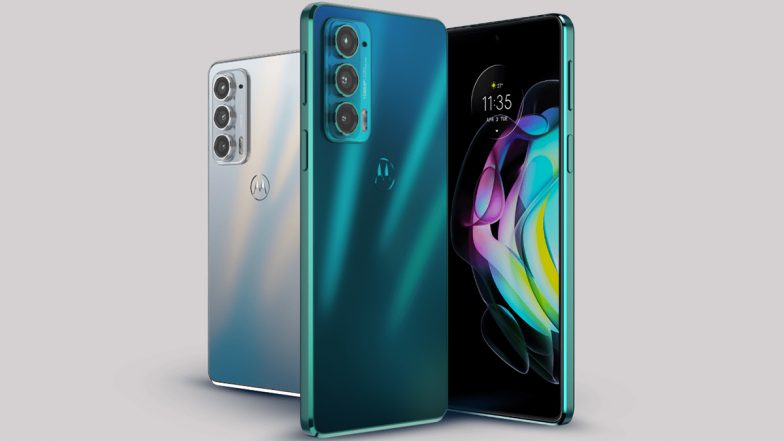 The Euro-spec model comes with a 6.7-inch OLED display with a 144Hz refresh rate. It is powered by an octa-core Qualcomm Snapdragon 870 SoC paired with 12GB of RAM and 256GB of onboard storage. It is backed by a 4,500mAh battery with 30W TurboPower fast charging.

For photography, there is a triple rear camera module, which comprises a 108MP primary shooter. The primary lens comes accompanied by a 16MP ultra-wide lens and an 8MP optical zoom periscope lens. Upfront, there is a 32MP snapper for selfies and video calls.

(The above story first appeared on LatestLY on Sep 22, 2021 12:47 AM IST. For more news and updates on politics, world, sports, entertainment and lifestyle, log on to our website latestly.com).